What do you do with gadgets when they die? Recycle them, of course 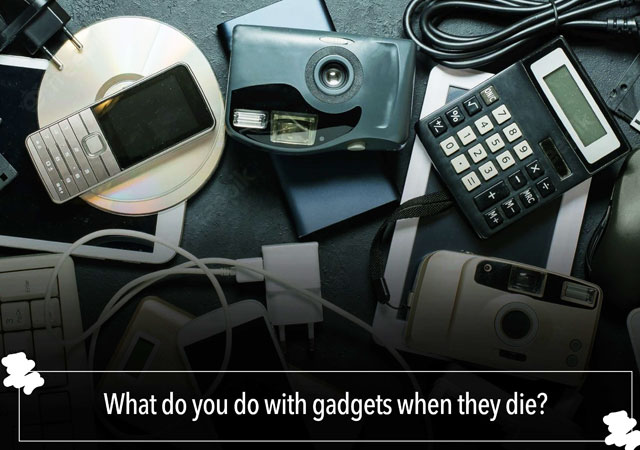 Lagos, Nigeria | Bird Story Agency | It was the first day of the highly anticipated Egoras Trade Fair in Port Harcourt, Southern Nigeria. The company said it would sell refurbished appliances at discounts of up to 70%. In various corners of the mini soccer field where items were displayed. The company printed approximately 1,500 tickets for the event. I had one problem. Over 5,000 people attended.

Bright Uzoma was among the shoppers that day. After enduring long lines at the payment point, he bought a washing machine and a blender.

It’s been exactly a month since then, and both products are still doing well.

Egoras products are not considered second-hand. Up to 1 year warranty.

“Products classified as ‘Grade A’ are as good as new,” said the company’s founder, Harry Wugoji.

Egoras began full-scale operations in 2020. Their first trade show was a small event held at the founder’s mansion, with only a handful of refurbished items for sale.

Today, the company has three showrooms and one factory with an annual production capacity of 100,000 refurbished products.

Nigeria alone generates 1.1 million tons of e-waste annually, a significant amount of which ends up in landfills, contaminating the soil with toxins, including carcinogenic metals such as arsenic, cadmium and nickel.

This is not just a Nigerian issue. Of his 53.6 million tonnes of e-waste generated globally in 2019, he was only 17.4% properly recycled. More than half are shipped second-hand to developing countries, exacerbating the e-waste situation.

Despite this e-waste disaster, environmental laws in many developing countries are limited and poorly implemented. In 2016, Nigeria launched an ‘Extended Producer Responsibility’ (EPR) program to reduce e-waste and facilitate the country’s transition from a linear to a circular economy.

In a comprehensive study on Nigeria’s EPR, sustainability expert Kunlere Idowu says “strong public participation” is key to implementing these policies. Nigerians have so far shown indifference to this policy. This attitude is fueled by a low awareness of the benefits. The relative obscurity of the country’s major players in the circular economy doesn’t help.

To keep a low profile, Egoras leverages social media, engages with influencers, builds community trade shows and strategic partnerships to educate the public about its activities. It also benefits from his marketing by word of mouth with satisfied customers, as is the case with Uzoma.

Egoras’ business model involves buying unwanted electronics from the general public, turning them into valuable commodities and selling them at deep discounts.

When these items arrive at the factory, our engineers evaluate them to ensure they are suitable for reuse. They are then grouped in descending order of functionality, from grade A to E. Items classified as Grade A have minimal defects and are purchased for approximately 85% of their original price. In contrast, grade E items are scrap metal.

“When the refrigerator arrives, we check the viability of the essential parts: the condenser and the heat insulator (insulation),” says Ugoji.

Electronic items that are defective beyond repair are sent for further recycling.

“We manufacture machine parts and send them to Enugu laboratories that use these solid wastes as raw materials,” Ugozi explained.

The laboratory remoldes waste, and occasionally Egorath buys back items at discounted prices.

“In the future, we are considering having a (own) recycling unit to further reduce production costs,” Ugoji added.

Egoras uses door-to-door agents to ensure economies of scale, and collects large amounts of e-waste. These agents are scattered across the south and southeast of the country. On-air systems are used to promote trust and build security.

“Our radio advertisements announce the numbers of these agents being broadcast in various locations,” he said.

The company’s main focus is to grow its customer base and expand production to 1,000,000 remanufactured electronic products each quarter. That looks promising as the company nears completion of his second 5,000-person factory.

True to its commitment to a sustainable environment, Egoras has switched to LPG generators at its factory. In Nigeria, liquefied petroleum gas (LPG) has long been promoted as a better energy alternative because it emits less carbon dioxide than the gasoline commonly used.

Widespread adoption of LPG also plays a key role in mitigating gas flaring in Nigeria. This is her second largest environmental pollutant in Nigeria’s oil-producing country, after oil spills.

Egoras has developed a formal framework that enables the participation of skilled professionals from the informal waste recycling sector, Nigeria’s leading sector in waste management.

Ugoji believes that when the new factory is finally completed, it will be able to provide more jobs for engineers and technicians.