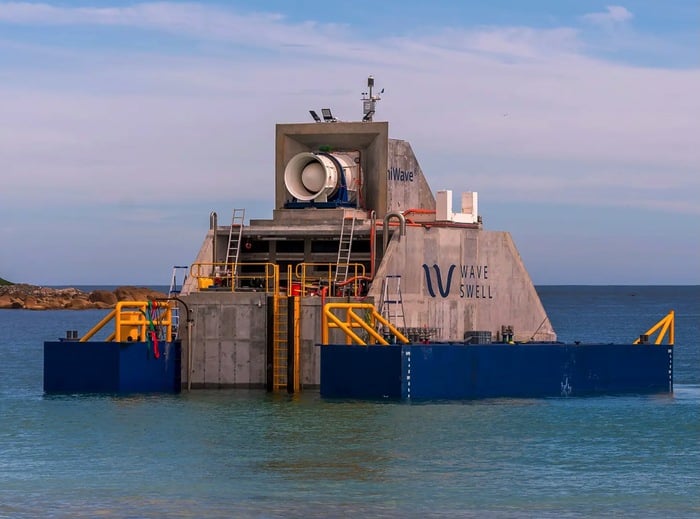 
As methods of generating clean energy become more and more important, scientists and researchers are developing new ways to generate renewable energy from the ocean.One such method is using wave swell Also called blowhole wave energy, it generates electricity. An exploration project is generating clean and reliable energy. king island australia Appropriately named Uniwave 200Watch the demo video below to learn more about the construction of the Wave Swell unit, which pumps waves into the unit and uses the air to spin a turbine to generate electricity. A 200-kilowatt prototype wave swell renewable energy project has reported excellent results that exceeded the company’s expectations, and the company is now either creating more power units or building seawalls, breakwaters, and coastal erosion protection. I would like to integrate them into my project. The New Atlas website says: “2,500 MW of installed capacity may sound like a lot, but it is 1% of the installed capacity that had to be deployed before reaching the low costs that solar and wind energy enjoy today. In CSIRO’s ‘achievable’ scenario, blowhole power will still be some of the cheapest energy in the world by 2030. ”

“In the second part of the report, the news gets even better for WSE, where the CSIRO team explored blowhole generators as part of a hybrid energy system that includes wind, solar and flow batteries for energy storage. , solar and wind are both unreliable to some extent, wave energy is much more predictable and renewable energy systems need to guarantee a certain level of service, especially as fossil fuels are being phased out. have a significant impact on the overall cost of