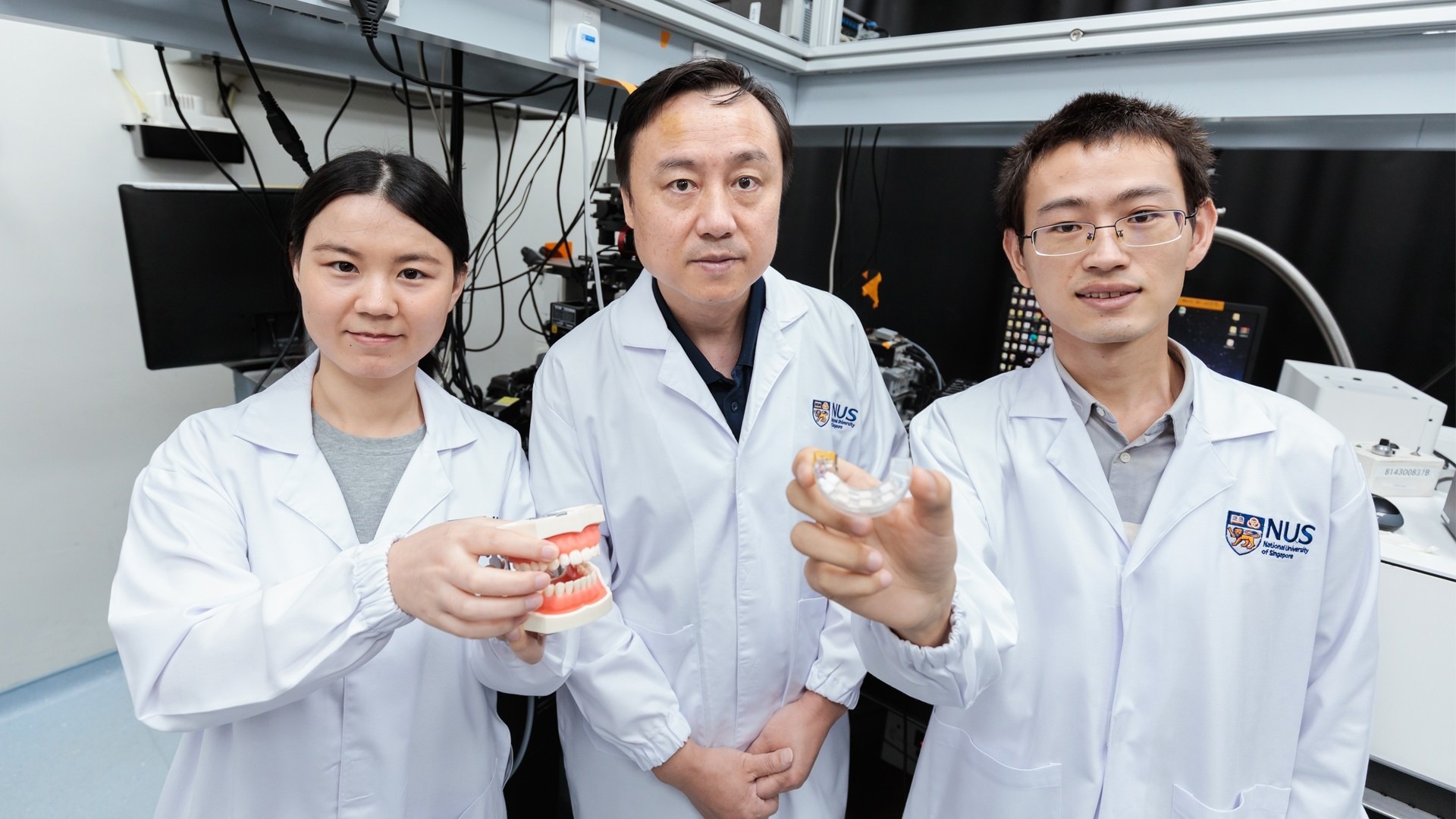 In the near future, people with minimal hand function will be able to access wheelchairs, computers, and more by wearing smart mouthguards that accurately and quickly interpret complex bite patterns and translate them into instructions for controlling electronic devices. You will be able to easily operate devices such as smartphones.

This bite-controlled optoelectronic platform is the first of its kind and was invented by a research group led by Professor Liu Xiaogang of the Department of Chemistry, Faculty of Science, National University of Singapore (NUS), and collaborators from Tsinghua University.

Several assistive technologies, such as eye tracking, voice recognition, and brain-computer interfaces, have been designed in the past specifically to enable people with neurological disorders or limited dexterity to operate electronic devices. I was. However, these technologies have limitations related to cost, control accuracy, environmental interference, and maintenance.

To provide a favorable alternative to current assistive technology, Professor Liu and his team have fruitfully designed and described a smart mouthguard with an integrated pressure sensor that recognizes bite patterns. These patterns are interpreted into data input with 98% accuracy and can be used to control smartphones, computers and wheelchairs.

Besides supporting human-computer interaction, interactive mouthguards can also be used in healthcare devices such as smart electronic skin, medical aids, and dental diagnostics.

Assistive technologies can help individuals with disabilities increase their autonomy and independence. Unfortunately, such technology also has major drawbacks. For example, speech recognition requires large working memory and needs to work in low noise settings. Eye tracking, on the other hand, requires the camera to be placed in front of the user, making it more susceptible to fatigue.

Brain-computer interfaces have been significantly upgraded in the last few years, but the technology is invasive and requires bulky, wired equipment.

Bite force, which is frequently used as a factor for measuring masticatory function, is an area of ​​advantage that is not properly understood or exploited. Because dental occlusion offers high-precision control and involves marginal skill, the NUS team formulated a new idea of ​​assistive technology by employing exclusive patterns of occlusal contact.

The NUS team first designed a sensor containing a series of contact pads with different colored phosphors (materials that produce light in response to pressure). An array of contact pads are placed inside a flexible mouthguard.

Biting mechanically deforms the contact pads, producing light of varying colors and intensities. This can be quantified and processed using machine learning algorithms. The collected data is used for precision remote control and operation of various electronic devices such as wheelchairs, computers and smartphones.

Our occlusion control optoelectronic system can convert complex occlusion patterns into data input with 98% accuracy. We also demonstrate that our new sensor can distinguish between mechanical deformations such as strain, compression, and bending, and apply it to multifunctional mechanical sensing applications such as miniaturized force sensing, flexible electronics, artificial skin, and dental diagnostics. I can do it.

Each smart mouthguard currently costs S$100 to make in a lab, but researchers expect the cost to be significantly lower in mass production. The current prototype is designed for straight teeth, but a mouth guard with randomly placed phosphor-infused pads for users with different tooth patterns and those who wear dentures. can be created.

The researchers have applied for a patent on this breakthrough technology and are exploring opportunities to authenticate the device in healthcare settings such as nursing homes and care centers. At the same time, the NUS team is also looking for ways to improve the technology, including faster data processing and training.