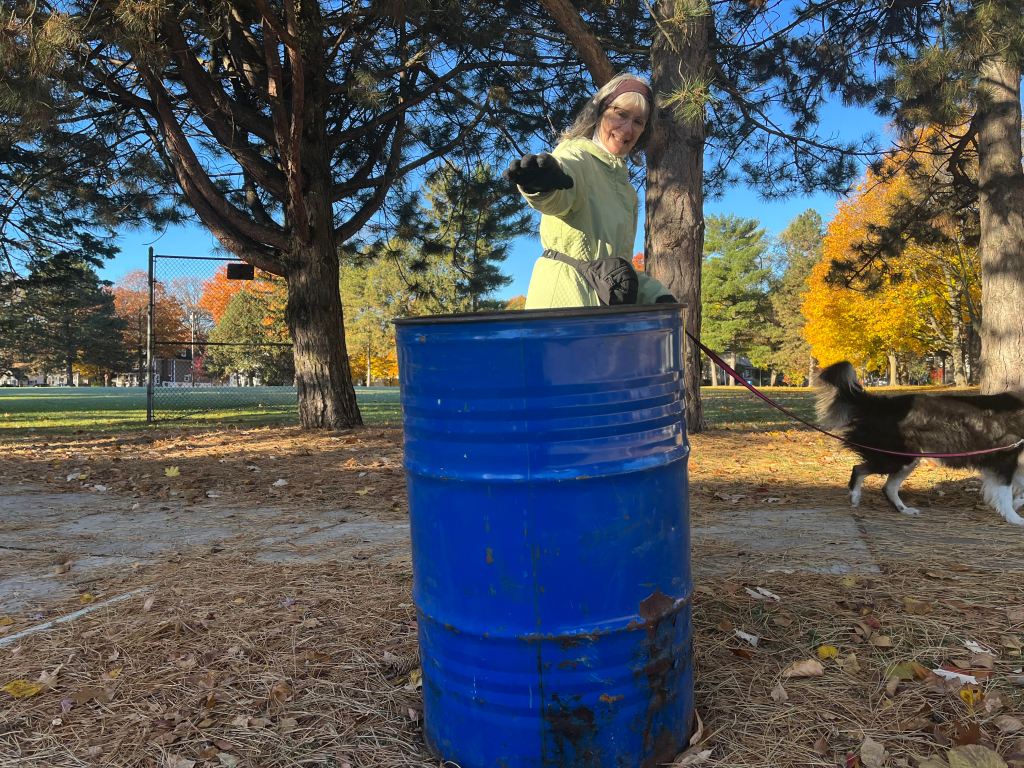 
Nearly all of Royal Oak’s 51 parks have blue heavy metal barrels for trash near adjacent streets, but that’s changing.

The city commissioner this week approved a move by the Department of Public Services to purchase 100 new trash cans that can be placed in various locations throughout the park to discourage people from packing trash into containers.

“During the spring, summer, and other times of the year, we get complaints about overflowing bins,” said John Fedel, the city’s director of recreation and parks. “Mostly it’s people dumping household trash and 2×4 debris and even broken lawn chairs there.”

DPS officials have been working for several years to improve the park’s trash bins.

The $192,252 cost of the new container will be funded through the Solid Waste Fund, which Mayor Michael Fournier said could not be spent on other types of purchases.

Several commissioners questioned the cost, but DPS Director Aaron Filipski pointed out that there are cheaper commercial-grade trash cans and more expensive ones.

“We spent a lot of time thinking about durability” of containers, says Filipski. “This is a big problem.”

Inexpensive containers are usually designed in a square configuration with welds that have deteriorated and need repair.

Filipski says, “We didn’t want a cheap can that would take more time to replace and repair.”

The new 45-gallon container is made by Victor Stanley and is topped with cherry-colored slats. Made in the USA with 98% recycled materials and comes with a side deposit for trash.

DPS officials said the new containers will further save manpower and time collecting garbage from the park.

The metal blue barrels in use today often require a DPS to carry a full size garbage truck with mechanical lifting arms to collect the garbage.

Fedele said the new container has a round plastic liner that can be picked up by an employee and placed in the back of a pickup truck, saving money on garbage collection.

City commissioners are asking DPS to look into ways to improve recycling at the park.

“It’s important to recycle in the park,” said City Commissioner Brandon Kolo, who suggested delaying the purchase of new trash cans for 90 days until the DPS comes up with a recycling plan for the park.

Recycling was a challenge, even when trash bins were placed in parks.

“We are recycling in several parks, including Normandy Oaks, where the pavilions are located, VFW and Memorial Park,” Fedel said.

The main problem, however, is that people throw garbage and non-recyclable items into recycling bins.

“There is always some kind of non-recyclable material mixed in, and the whole bag ends up in the trash,” he said.

The only way to avoid this problem is to have someone sift through all the bags designated for recyclables and separate the waste.

“Some general education is needed to solve this problem,” he said. “We are looking to start with bottle recycling and hopefully develop more complex recycling.”

Filipski and Fedele will work on the first recycling plan, which will be submitted to the city council in the coming months.

Test scores show historic COVID setback for children across the US

What’s behind the worrying RSV surge in US children’s hospitals?