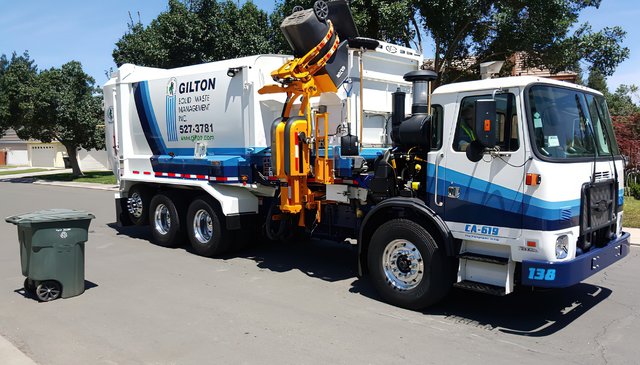 
The new year brings new rules for recycling to Riverbank residents, but the city’s utility bills have already changed.

Starting January 1, 2023, food waste will join the list of items to be disposed of in the green trash bin. This is the effect of California Senate Bill 1383.

Since organic matter can no longer be placed in regular waste, some tips for separate collection have been suggested.

A small container can be conveniently placed in the kitchen to hold food waste. After that, the food can be dumped into a green waste container outdoors on a regular basis, they say.

However, they warn against putting plastic, cans, glass, or even compostable foods such as bags, wraps, cups, containers, and gloves in your green waste cart.

For more information on recycling, call Gilton at 209-527-3781 or visit Gilton’s website at www.Gilton.com.

Meanwhile, Riverbank residents should have been receiving bi-monthly utility bills from the city starting November 1 along with news of the schedule change.

Some residents were concerned that the city had moved to monthly billing, but that’s not the case. It’s still bimonthly. The most obvious change is when payments are made.

Previously, payments had to be received by the end of the half-month in which they were issued. The new policy requires utility bills to be paid only 7 days after the bill is issued. So the bill that the city sent him on November 1st was due on Tuesday, November 8th.

Previously, late fees were enforced the day after the due date, but now late fees are applied to accounts that have not been paid by the close of business 35 calendar days after the invoice is issued.

Written notice of disconnection will be mailed to Customer at least ten (10) business days prior to occurrence. If the notice is returned by mail as undeliverable, notice will be left at the residence at least 48 hours prior to disconnection if the customer cannot be reached by phone.

Officials say any accounts that are at least 60 days in arrears will be terminated. The customer must pay the full amount plus a reconnection fee to re-establish water service.

They note that residents may submit a request for payment arrangements at least 48 hours prior to suspension in order to extend their bills beyond the suspension date.

In addition, the city has changed the security deposit for utility bills required for new customers.

Whereas it used to be just $60, it now costs $200 combined for water, sewage and garbage services.

For more information, please visit the City’s website at www.riverbank.org/634/Policy-on-Discontinuation-of-Residential.