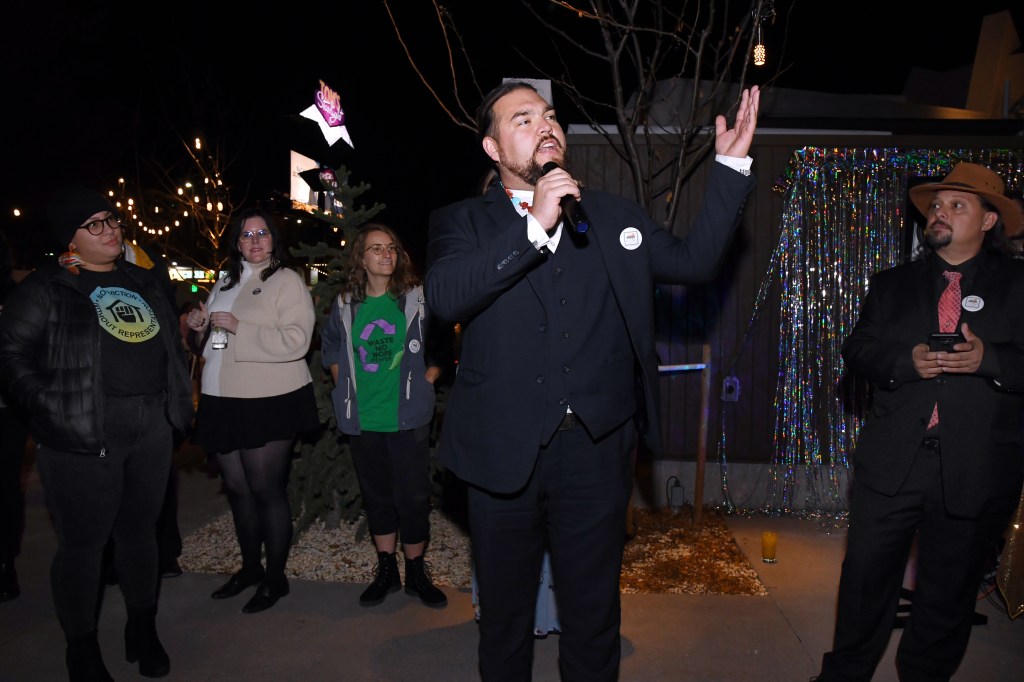 
Denver voters on Tuesday backed new rules that would require large apartment buildings, restaurants and a wide range of other commercial businesses to recycle or compost as much of their waste as possible.

In the first results, announced just after 7 p.m. Tuesday, the bill passed with 66.7% of the vote, compared to 33.3% of those who voted against. About 103,000 returned ballots were counted, according to the Denver Clerk’s Office. That’s less than 25% of the total votes cast, and results are still subject to change.

Dubbed Waste No More Denver by its supporters, Denver Ordinance 306 called on voters to approve a wide range of waste diversion rules for industries ranging from food trucks and special events to construction and demolition.

To get on the ballot, Tafoya said, “This sends a message to our elected leaders that they should make these policies happen instead of sending us out and collecting signatures. I hope so,” he added.

Waste No More Denver targets all apartments and condominiums with eight or more units, restaurants, hospitals, sports facilities, food trucks and other businesses that generate food waste, collecting and recycling materials ranging from cardboard to scrap metal. for construction and demolition projects. Food waste-free commercial spaces must offer recycling services to tenants and employees. Special events, such as the Taste of Colorado and Underground Music Showcase, require a waste diversion plan for city review.

The city is not required to provide garbage haulage services to commercial contributors, but the Department of Transportation and Infrastructure will be tasked with drafting full regulations, including setting fines and penalties for violators, per the wording of the ballot. . The city will also review annual waste plans from new classes of mandated recyclers and composters. All businesses should provide education on what types of waste go where on site or at events.

Opponents of the bill argued in the city’s voter information booklet that Denver would have such a significant increase in waste management oversight responsibility, even though the city itself was not responsible for collecting the waste. Requirements such as the need to notify the city each time a business changes garbage haulers are burdensome for both the business and the city.

Proponents argue that the city’s climate change objectives require commercial firms and the construction industry to do their part when it comes to diverting waste from landfills. Together, the three segments will generate 82% of the city’s waste in 2020. And city statistics show that they divert recyclable and compostable materials at a higher rate than single-family homes and small multifamily homes.

City analysis estimates that the enforcement mechanism for the measure could cost as much as $2.3 million to implement and $1.9 million to operate if the property is inspected annually.