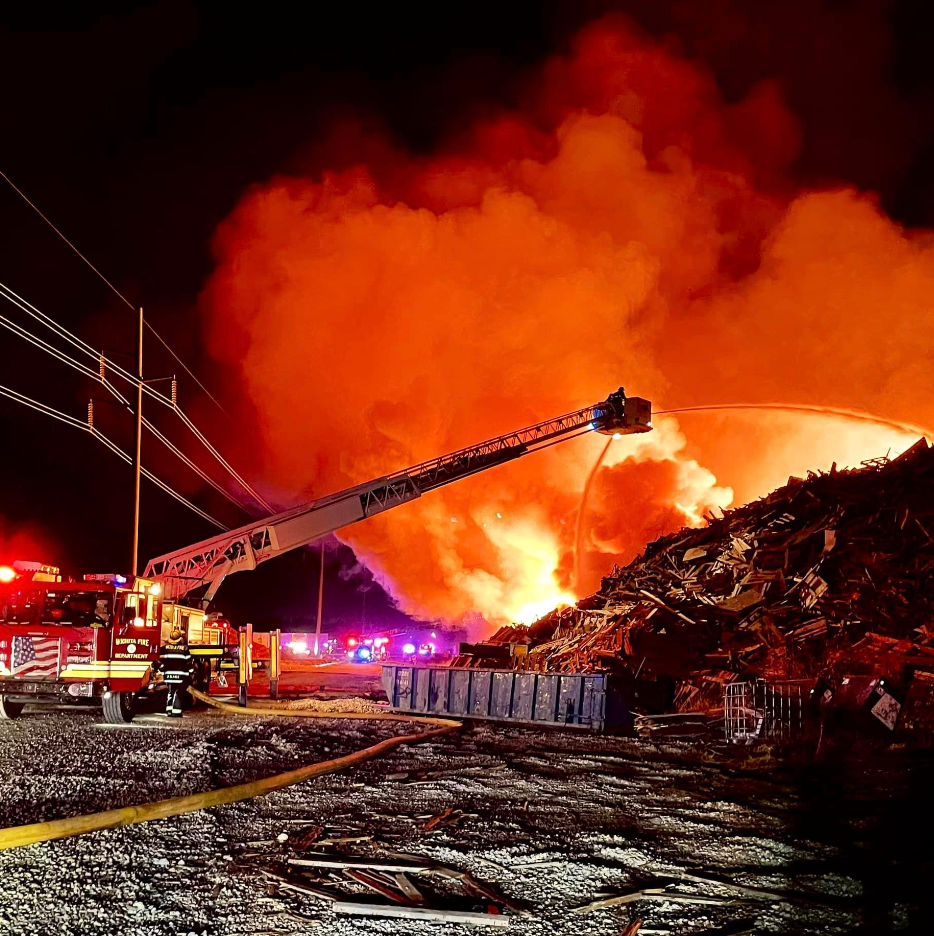 
SEDGWICK COUNTY — Workers work at the site of a large pallet fire at Evergreen Recycle on the 300 block of W 53rd St N. in Park City.

The crew was manipulating an airstream from a ladder system to bring down the flames.

Due to the high volume of wood products involved and the limited water supply nature, the crew worked overnight to contain the fire.

Thousands of gallons of water were being applied with minimal effect every minute, according to the Wichita Fire Department. This is due to the deep location where the fire and heat dissipate the water before it reaches the material about 20-30 feet deep.

Law enforcement asked the public to avoid the area and allow the crew to work. His 53rd Street between Arkansas and Broadway will be closed until further notice, Park City Police said. Authorities report no injuries.