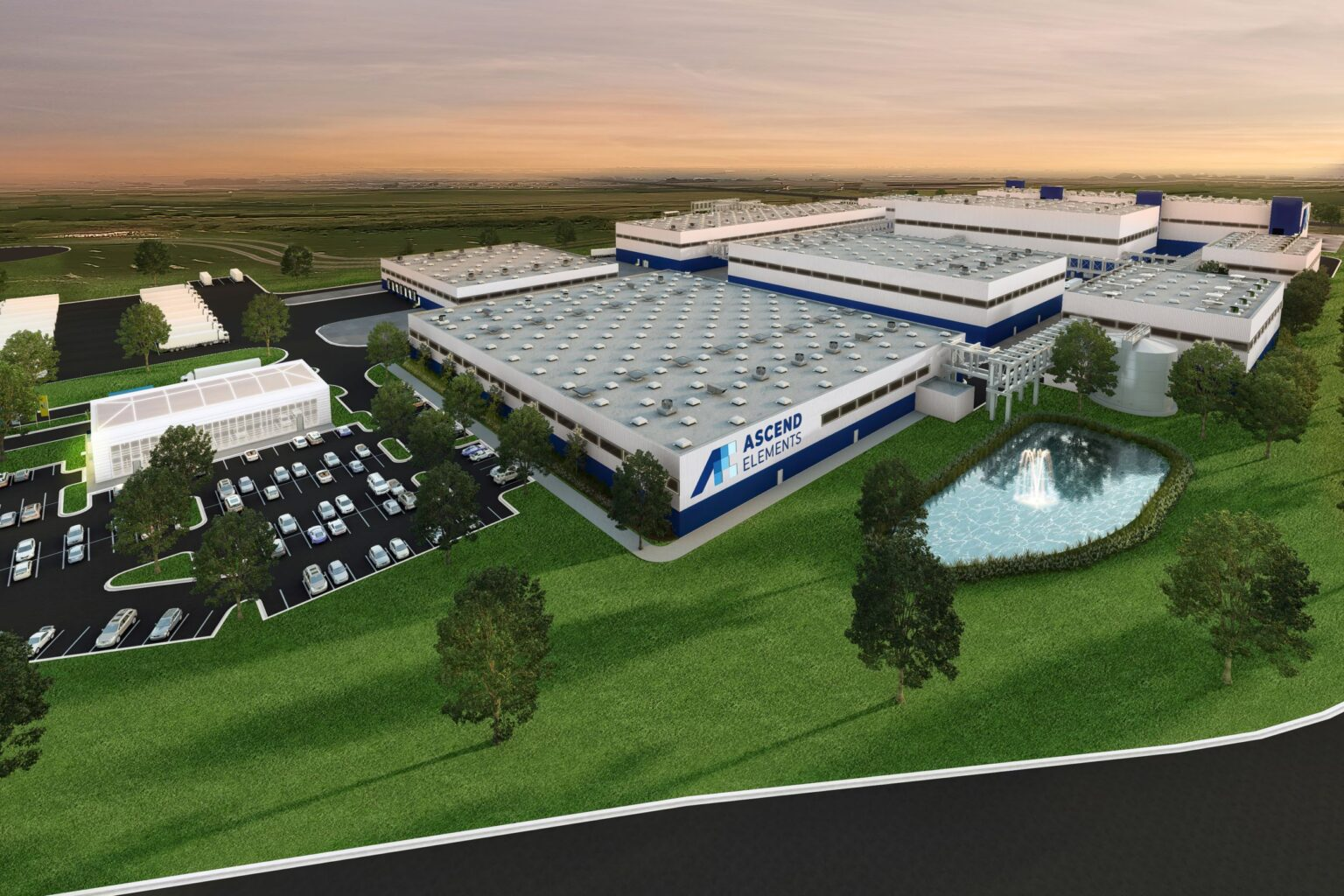 Ascend Elements, a U.S.-based engineering materials and lithium-ion battery recycling company, has announced a $300 million investment, including a $200 million Series C equity investment from an international group of strategic and financial investors. announced that it had secured equity and debt financing.

Many investors from previous funding rounds also participated in the latest round, including Hitachi Ventures, Jaguar Land Rover’s InMotion Ventures, TDK Ventures, Orbia Ventures, At One Ventures, TRUMPF Ventures and Doral Energy-Tech Ventures. The funding is in addition to his two grants totaling $480 million recently awarded by the Department of Energy.

“Simply recycling lithium-ion batteries and recovering metals for global commodity markets is not enough. Our patented closed-loop process goes beyond simple battery recycling. We are manufacturing sustainable, high-performance cathode active materials that can be used directly in

Ascend Elements is already profitable at its “Base 1” facility in Georgia, where it processes used batteries and manufacturing scrap. The facility will have an EV battery recycling capacity of 30,000 tons by the end of 2022, which he plans to eventually supply to Apex 1. Kentucky.

The company will recycle more than 150,000 tonnes of lithium-ion batteries annually worldwide by 2026, efficiently and sustainably to produce high-performance customized EV battery cathode active material precursors (pCAM) and active materials. I plan to convert it to (CAM). Meets or exceeds the performance requirements of leading battery manufacturers.

Ensuring the recyclability of critical and valuable metals in batteries is an essential means of achieving energy independence from fossil fuels.

“We are proud that Ascend Elements manufactures sustainable batteries for both automotive and stationary storage.”

The investment continues its strategic partnership with Ascend Elements and lays the groundwork for SK ecoplant as the first shareholder to dominate the global battery recycling industry.

We are pleased to partner with Ascend Elements to develop and transform the lithium-ion battery recycling industry globally.

“Our investment in Ascend is well aligned with OIA’s strategy to invest in transformative companies in the sector that complement Oman’s Vision 2040 priorities.”