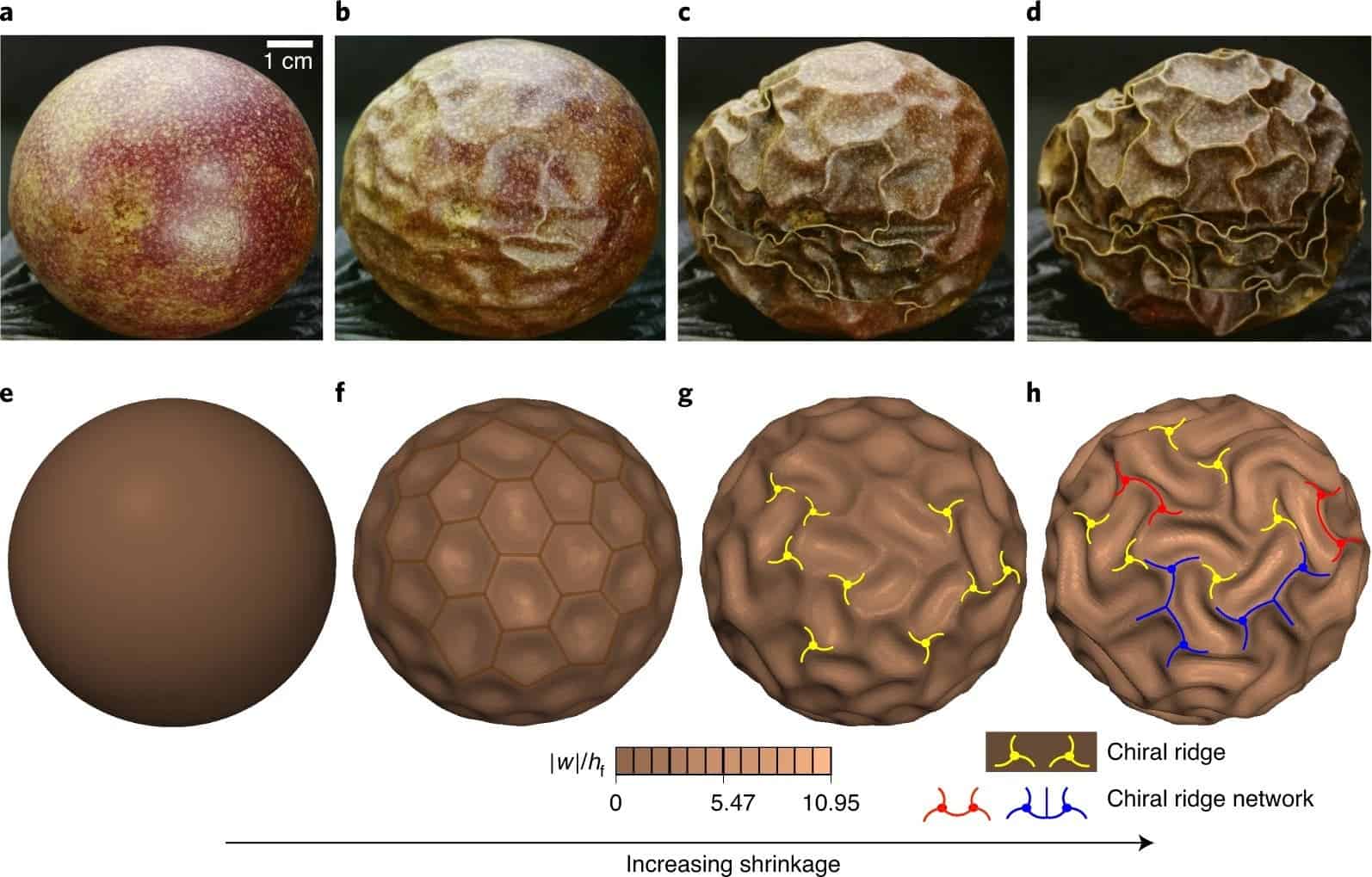 
Passion fruit is known to be rich in antioxidants and vitamins, and is also rich in fiber and potassium, making it a good food for reducing the risk of cardiovascular disease. was used for a completely different purpose.

A team of researchers from Fudan University in Shanghai and Tsinghua University in Beijing used the passion fruit as inspiration for a new robot design. In a new study, the team proposes that the wrinkled pattern in passion fruit could serve as a basis for designing future robots and nanodevices that can clean up space debris.

The authors identified a unique chiral wrinkle pattern (mirror non-superimposable images are called chiral) on the surface of dehydrated passion fruit. Inspired by this pattern, they created a robotic device that could be used to clean up space junk in the future. This device may act as a robotic object grasper that can be used in locations unsafe or unsuitable for humans.

Learn from the Morphology of Withered Passion Fruit

During the study, the researchers observed different patterns appearing in the withered passion fruit and tried to reproduce the same pattern in soft silicone balls. I noticed that it resembled a football made up of squares and pentagons.The fruit then withered and further dehydrated, forming an intricate network of deep ridges.

A network of ridges forms a chiral pattern. That is, the image of the pattern cannot be superimposed on its mirror image. This is an important property because the wrinkled chiral pattern of the silicon balls acts like a gripper. The gripper device contains soft silicone, a movable lifting frame and air channels. While explaining the working principle of the gripper system, the authors write in the paper:

“The lift frame descends, bringing the gripper closer to the target. When the hexagonal network on the curved surface touches the object, the contact perturbation causes a hexagonal-to-chiral topographical deformation that better fits the target shape. At the same time, the exhaust device begins to expel air.When the air extraction increases, the chiral topography can lock the object tightly to achieve a stable grasp.Finally, when the lifting frame is raised, the object is placed on the desk. When the pressure differential is restored, the chiral topography elastically reverts to the hexagonal network, releasing the gripped object.”

By tuning the chiral pattern, the researchers were able to use the gripper to grab objects such as soybeans, screws, heart-shaped candies, nuts, and various shaped pieces of glass. They also tested the device with a diamond-like material and demonstrated that the gripper could grab the diamond from different sides and angles.

This is a promising first step, and the researchers have big plans for their idea.

Researchers claim such a device could help clean up space debris.According to NASA, there are more than 27,000 pieces of space debris scattered in Earth’s orbit, Some of these debris may be traveling at speeds of 27,000 km/h (15,000 mph). If one such object were to collide with an active satellite or space rocket, the consequences of such collision would be catastrophic. Moreover, as we put more and more satellites into space, there really isn’t a reliable way to clean up the growing complexity of space junk.

A passion fruit-inspired gripper could organize the Earth’s orbit and make it far safer than it currently is with 27,000 pieces floating around. Xu Fan, lead author and professor at Fudan University, said: SCMP:

“A robotic arm equipped with a Sphere Grasper can collect small space debris with great precision. On Earth, it can pick up dangerous particles such as explosives.”

The researchers look forward to creating more such robotic devices with better grasping capabilities. By incorporating other types of materials and further understanding the symmetry of the passion fruit wilt, they believe they can develop devices that take on everything from cat paws to human hands.

The research is published in the journal natural computational science.