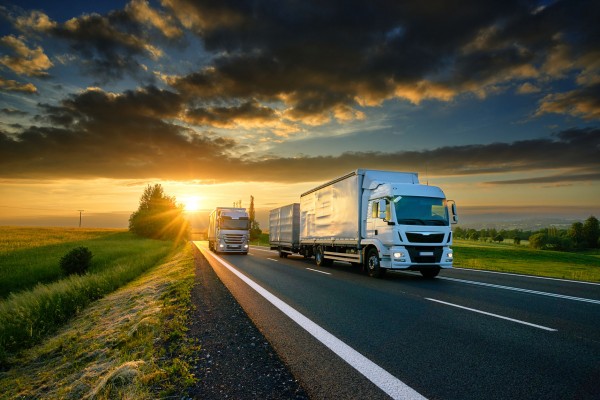 
Newswise — Diesel-fueled freight trucks play a huge role in generating India’s total greenhouse gas and air pollution emissions. The country is promoting a policy of shifting public transport buses and passenger cars to electric vehicles, but the batteries that power such heavy trucks are too heavy and too expensive to make electrification possible. could not.

A new study from the Department of Energy’s Lawrence Berkeley National Laboratory (Berkeley Lab) and UCLA shows that things have changed as battery technology has advanced and battery costs have dropped dramatically in recent years. With the right policies and incentives, battery-electric trucks could be more affordable than diesel and India could become a world leader in electric vehicle production.

The transition will also help India reduce its dependence on imported oil, improve air quality and reach its goal of net zero greenhouse gas emissions by 2070. Nearly 60% of the sector is used by cargo trucks. These trucks account for 71% of carbon dioxide emissions, 74% of particulate matter emissions and 55% of nitrogen oxide emissions from road vehicles.

Researchers have begun to rethink the economic potential of battery-electric cargo trucks as battery costs have dropped dramatically in recent years. did. The current global average is currently between $120 and $135 and is expected to decline. The energy density of the battery has also increased, making the powerful battery lighter.

To accurately compare electric and diesel trucks that are unique to India, the team investigated four sizes of trucks used in India. 7.5 and 12 tons, which are mainly used for short-distance transport, and 25 and 40 tons, which are mainly used for transport. Long distance and heavy freight transportation. They analyzed maintenance and operating costs, including initial purchase price, energy and fuel costs, and battery charging infrastructure costs, to determine the total cost of ownership.

They found that battery-electric trucks are more economically rational for all truck types, even though it is more difficult to electrify heavier trucks because they require larger, heavier batteries. At current battery prices, the most commonly used long haul truck size in India, the 25 tonne electric truck is equipped with a 569 kWh battery pack and an operating range of 400 kilometers for a 28% lower total cost of ownership. from a diesel truck.

The weight of the battery may mean that electric trucks can carry slightly less cargo than diesel, but that could be offset by designing the trucks to be lighter and saving money on fuel. the researchers point out.

Benefits other than shipping costs

Researchers have found that electric trucks reduce greenhouse gas emissions by 9% to 35% per kilometer compared to diesel trucks, based on India’s current grid emissions. Electric trucks also do not pollute as they move through the community. For diesel trucks, this localized pollution can hit disadvantaged groups most severely.

The researchers also found that electric trucks could eventually become carbon neutral if they were charged with renewable energy, especially solar energy, which produces the most. They noted that renewable energy could bring other benefits. Uncertain prices for imported oil make reliance on it unfavorable, increasing the cost of commodities and potentially contributing to overall inflation. 25 year power purchase agreement.

Achieving these benefits will require investment from the Indian government in the coming years, researchers say. India is one of the world’s largest car producers, but the government needs to push ahead with battery manufacturing and policies to encourage the manufacture and spread of electric vehicles. It will also require policies to support the construction of fast charging infrastructure.

“India has embarked on a very ambitious electrification policy prior to this,” said Deepak Rajagopal, author of the report and an undergraduate scientist at Berkeley Lab and UCLA. “We realized that the time was ripe for a targeted policy on trucking.”

Lawrence Berkeley National Laboratory and its scientists were founded in 1931 and have won 16 Nobel Prizes, based on the belief that the greatest scientific challenges are best met by teams. Today, Berkeley Lab researchers develop sustainable energy and environmental solutions, create useful new materials, advance the frontiers of computing, and explore the mysteries of life, matter, and the universe. . Scientists around the world rely on lab facilities for their unique discovery science. Berkeley Lab is a multi-program national laboratory managed by the University of California for the U.S. Department of Energy’s Office of Science.

DOE’s Office of Science is the largest supporter of basic research in the physical sciences in the United States, working to address some of the most pressing challenges of our time. For more information, visit energy.gov/science.