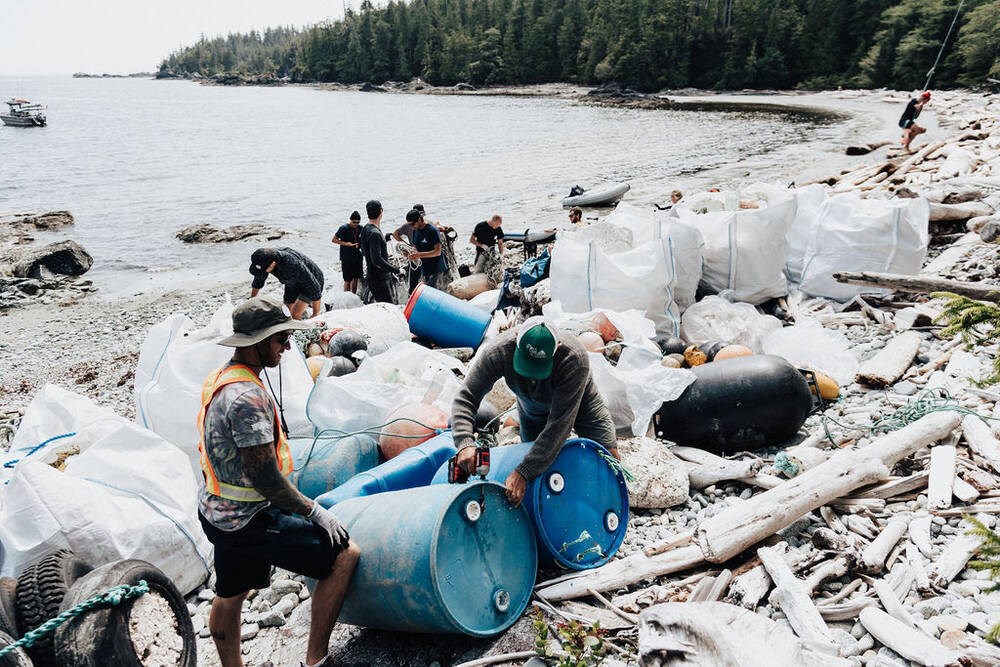 The annual event, run by the Synergy Sustainability Foundation, recognizes the island’s environmental and social achievements and leadership and singled out the Salish Sea for environmental leadership in marine conservation.

Salish Sea, a partnership between Ralmax Group and First Nations, has removed 189 ships abandoned in the region, including 67 over the past 18 months.

The night’s other honorees came from communities across the island, including Nanaimo, Tofino and Port Alberni. In keeping with the night’s green theme, prizes were made from recycled chopsticks and 3D printed recycled plastic.

Eluma Beauty, a carbon-neutral cosmetics company that keeps 184,000 products out of landfills through refillable products, sustainable pallet systems and alternative packaging materials, won the Climate Action award. A Canadian land trust to acquire property with the intention of transferring it to aboriginal peoples as an act of settlement.

The Ecological Stewardship Award went to Rugged Coast Research for removing 70,000 kilos of marine debris from sensitive marine habitats around the island over the past two years. Ecopreneur of the Year was Katie Gamble of Nature Bee, who makes beeswax wraps and biodegradable dish towels. .

Power To Be won the Innovation Award, Iyé Creative Collective won the Inspirational New Venture Award, and BC Transit was awarded for leadership in designing and building the redevelopment of the new handyDART center.

The City of Victoria won a social impact award for its Get Growing Victoria program that distributed seedlings and gardening materials to help 10,000 families grow their own food.

Salt Legacy also won the Waste to Resource award for an outdoor adventure bag made from donated used sailcloth.