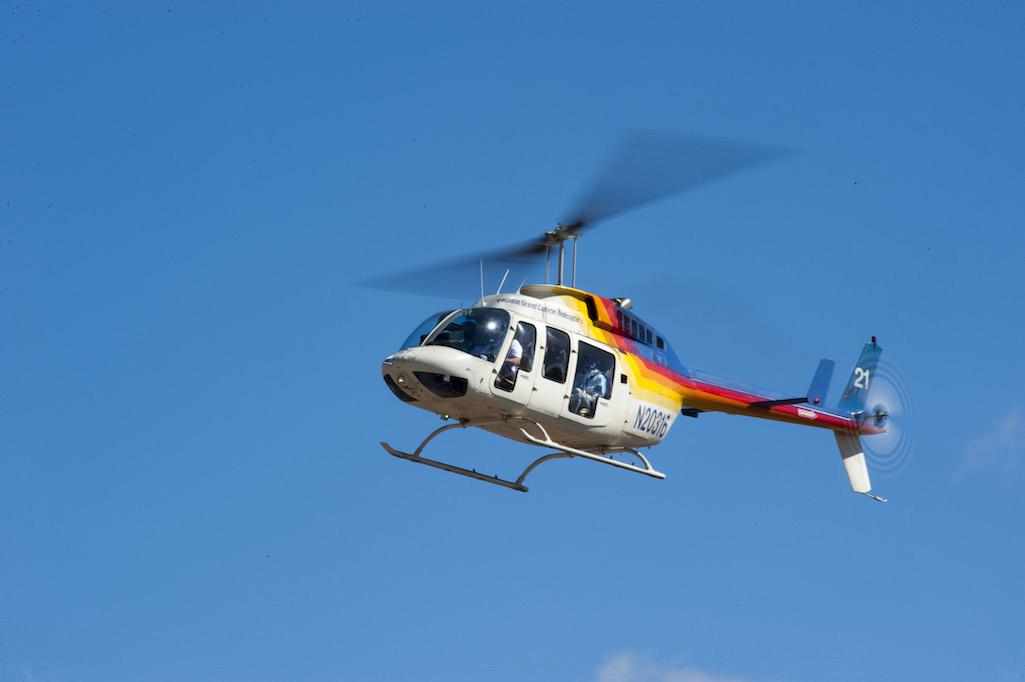 Congress passed NEPA in 1969. Under it, federal agencies are required to conduct environmental reviews on proposed “major federal actions,” including permitting decisions, adoption of agency policy, formal plans, and agency projects. NEPA’s question around air travel plans is whether the thousands of flights over national parks will have an environmental impact, or whether it will set a precedent that constitutes a “major federal action.”

The Parks Authority has overflighted Bryce Canyon more than 500 times, Arches more than 300 times, and Canyonlands more than 350 times a year, but none of them raise environmental concerns or reflect significant changes in the environment. It seems that they are taking the approach of not doing anything. Visitor use.

But that approach has been criticized by the NPS and the Federal Aviation Administration, who were told by Congress to create a plan in 2000, for circumventing NEPA requirements and simply ignoring the existing number of flights permitted. connected to

“…NPS and FAA [overflight] We calculated the average value for the past three years and adopted it as a plan. There were no noise studies or studies, NEPA compliance, or serious consideration of alternatives,” said Jeff Ruch, Pacific Director for Environmental Responsibility for Public Officials. Traveler In an email when Bryce Canyon announced plans.

of Traveler In mid-October, we contacted staff at Bryce Canyon, Arches, and Canyonlands about their plans and whether they circumvented NEPA requirements. These questions were forwarded to Park’s Intermountain office of his service in Denver, and from there to headquarters in Washington, DC. Park Service chief Jenny Anselmo, his spokesperson for his Salles, has not returned emails or phone calls from authorities. Traveler Regarding your question.

In developing these plans, Park Service staff said they are designed to “protect the resources and values ​​of national parks by providing continuing education and stewardship.”

According to PEER, the NPS and FAA have argued for “clear exclusion.” It claims that air tours do not significantly impact the visitor experience or the park’s natural and cultural resources, and therefore do not require active environmental research. Bypass the entire NEPA process.

An exception to this approach can be found in Montana’s Glacier National Park. Park staff there say the overflight detracts from the visitor experience. The Air Tour Management Plan calls for phasing out all commercial air tours by the end of 2029.

According to the Glacier Program, “[A] A major complaint that NPS receives from park visitors is that overflights interfere with opportunities for solitude, opportunities to hear nature sounds, and aircraft-free views of the park. “

Seven years ago, the Park Service published the NEPA Handbook. This 104-page reference guide describes NEPA, outlines the process you should follow, and explains when categorical exclusions can be applied. Section 3.5 of the handbook explains when “abnormal situations” occur and how they must be dealt with.For example, before a park manager determines that a categorical exclusion is appropriate, it should, among other things,

However, the handbook states that the resulting action is “[M]Altering the amount or type of visitor use for the purpose of ensuring visitor safety or resource protection in accordance with existing regulations. ”

In a decision document, Arches staff said there were no special circumstances.

The staff at Bryce Canyon and Canyonlands spoke the exact same language.

For Canyonlands, 473 comments were received during the public comment period.biggest voice concern [59 comments, or 12.5 percent] It was beyond the influence of the soundscape.

The Canyonlands document summarized the comments, stating that “many commenters called for a ban on air travel over the national park.” “Commenters cited the cultural significance of these parks, the wilderness and habitats, and the need to protect nature experiences. He said there was enough airspace available.”

At Arches, the impact on the soundscape was also the top concern from the public, who submitted 570 comments. The second biggest concern was the lack of environmental reviews required by NEPA.

Bryce Canyon staff received 488 comments. [60, or 10.8 percent of all submitted] Concerns have been expressed about the impact on the soundscape and the lack of the NEPA process.

“One commenter noted that NPS Natural Sounds Office, Natural Sounds Acoustic Monitoring Reports for many parks required for ATMP publication are available (https://www.nps.gov/subjects/sound/ acousticmonitoring_reports.htm).A commenter said: The NPS has baseline data on ambient noise levels in many parks, but the published ATMP draft does not include such an analysis. “Commenters added that the ATMP draft does not explain why such information was omitted.”

No document was found with a specific answer to the comment.