Israeli Environmental Activism Ahead Of Elections 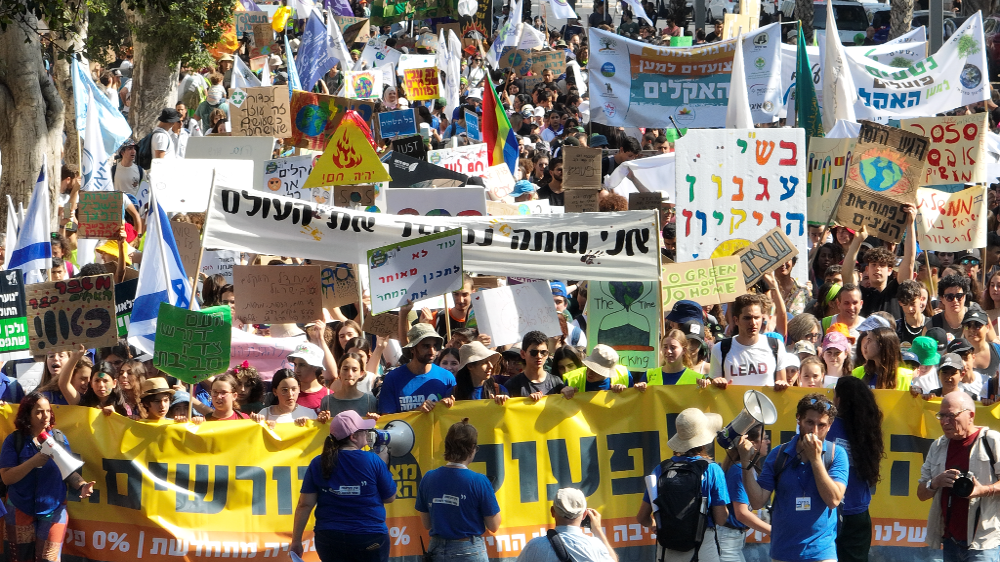 The People’s Climate March was held in Tel Aviv on Friday. This is one of the many ways Israelis are demonstrating.

On Friday, thousands of Israelis gathered in front of the Tel Aviv Museum of Art and made their way through the coastal city to attend People’s Climate in March 2022.

Hosted by several environmental groups, the march has been held annually since 2015. 500 people participated in the first year. Last year, the organizer reported his 10,000 attendees. And this year? 15,000.

It has been described as “the most important, urgent and largest march ever held in Israel…”.

Elad Hochman (Megama Yeruka in Hebrew), CEO of Green Course, one of the organizational groups, explained: i24 news The importance of such marches.

“One of the achievements and impacts we achieved because of the march was that after the march, the then Prime Minister (Naftali Bennett) decided to participate in the COP (Climate Conference). He has declared net zero emissions by 2050.”

“This year, we will be marching four days before the elections to show decision-makers and different parties and politicians that this is essential.”

With Israel nearing its fifth election since 2019 and political party campaigns heating up, you’ll find issues like climate change barely being discussed.

There seems to be a lack of consideration for environmental issues in the political world. For example, in the Green Course survey, which seeks to identify political party positions on environmental, ecological and health issues, only 3 out of about 13 major political parties responded comprehensively.

“Unfortunately, I think our decision-makers tend to think[climate change]is not as pressing a security issue as it is,” Hochmann said. i24 news.

“It affects every area of ​​our lives, including the cost of living, which is a very pressing social issue in Israel.” problem, with 44% of voters saying their party’s economic base is the biggest factor influencing their November 1st choice.

Shana Orlik, number 14 on the left-wing Meretz party roster, explained: i24 news Why she believes environmental policy will be an afterthought in Israeli politics amid the climate marches.

“I think it’s because of this vision in Israel that the environment is a ‘left-handed’ topic,” Orlik said. “It’s not for everyone. Only the privileged class cares, only the young people care, only Merez cares. And that’s what we’re trying to fight.”

“They (right-wing parties) use the fact that there are security threats and say, ‘We have an opinion on this, let’s talk security. I didn’t say anything,” he said.

i24 news Israel’s two largest right-wing political parties, the Likud and the Religious Zionists, were contacted for comment on their participation in the march and the environmental platform, but the publication did not immediately respond to a request for comment.

The centrist Yeshu Atid and the centre-left Labor Party also took part in the march, but not just for political participation.

One of the activists for Plastic Free, an organization called ‘Evi Art’, creates sculptures and other works that focus on conservation and environmental activism.

“I focus on sculpting with trash. I collect on the beach and make something with it,” said Evi, a weather conservation scientist. i24 newsSculptures presented at the march included a seagull made from discarded lighters and a large cigarette made from the end of a real cigarette.

When asked why the environment is not discussed in Israeli politics, she replied: Some of these priorities take precedence over environmental issues and climate,” she said, adding that this is not an issue unique to Israel.

“But I think things are starting to change. Unfortunately not fast enough. And I really hope this changes this election.”

In recent weeks, climate activity has been in the spotlight, albeit outside the Jewish state.

When asked about the radical display and how it might affect the environmental movement, Hochman said: i24 news, “This action provoked more and more reactions as to ‘Is it legal to do this and not to do anything else? not the main subject. ”

He further explained the difference between chaos and destruction when protesting, saying the Green Course does not believe in harming anything of cultural significance.

“In Israel, much has been done to disrupt daily life, to argue, to argue. ”

And on Friday, the painting was undamaged.

Instead, demonstrators marched through the streets chanting in Hebrew and holding banners reading “There is no Planet B” and “Save the Earth for our grandchildren.” People from all walks of life, representing dozens of organizations, banded together to make their voices heard. .

Hochman is i24 news “Join, support, or act within an environmental, social, or NGO that you believe in.”

“This is not just you. Others will join you if you want to see change.”