How to save Wisconsin’s health and environment 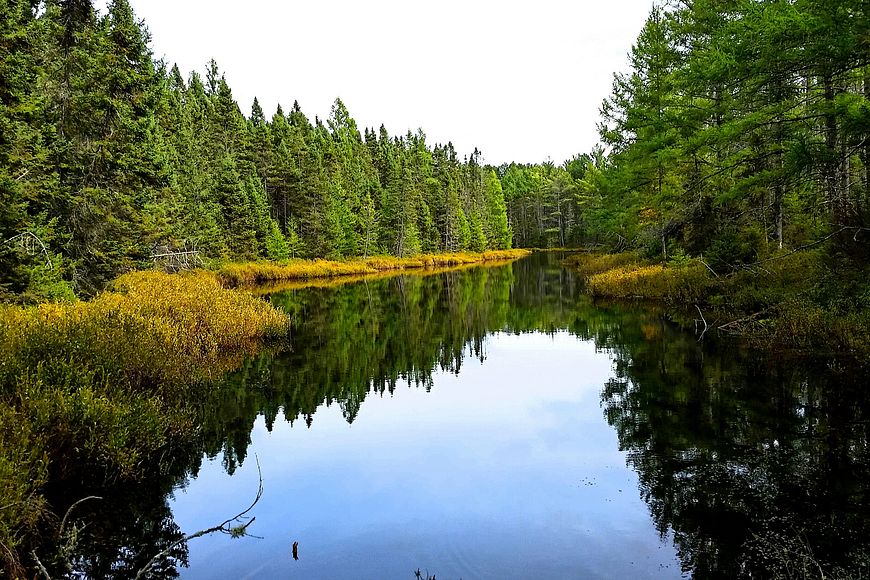 
Green Fire, a Wisconsin non-profit organization, says its mission is to “protect Wisconsin’s conservation heritage” by “promoting science-based management of its natural resources,” but recently , issued a report that congressional and state agencies were under malicious control. Powerful lobbyists led by Wisconsin manufacturers and commerce.

Green Fire says the result will paralyze efforts to protect natural resources and human health, leading to what the group calls a “public health crisis.”

report, “Power Imbalance: How Wisconsin Fails Its Citizens in Conserving Natural Resources and Protecting the Environment”documents how rule changes initiated in 2011 and continuing to this day have overturned the ability of rule-setting bodies and stifled public input. Although the report didn’t say so, Wisconsin’s largest business lobby group, Wisconsin Manufacturers and Commerce, and its allies are the de facto government given the powers they hold. It is a unit and has hardly been scrutinized.

Green Fire’s Fred Clarke and Paul Heinen told The Examiner that rulemaking in an institution where citizens are firmly involved is often squashed by simple dissent by lobbyists who have the ears of legislative leaders. As a result, citizen input is trending downward, and state laws such as Wisconsin’s nationally recognized groundwater quality law are being circumvented or ignored, they say. This has accelerated the spread of so-called permanent chemicals (perfluoroalkyl and polyfluoroalkyl (PFAS)) associated with cancer and other diseases. Nitrates, found in groundwater throughout the state, primarily from agricultural sources, are also relevant to a growing list of health concerns. The power of local governments to deal with the siting and operation of confined animal feeding facilities (CAFOs) and frac sand mines has been crushed by the Republican majority in Congress for decades, according to the report.

Meanwhile, Congress has rejected Gov. Tony Evers’ appointments of civic groups, leaving more than 100 appointees for former Gov. Scott Walker’s term to expire. One example is Fred Plain of Wausau, a holdover on the Natural Resources Board, a self-proclaimed “dung in the water” who refused to leave the board, thus retaining the majority Walker-appointed. increase.

All of this leads to the question, “What can I do?” Green Fire’s report includes a set of recommendations.

Many of the proposed legislative changes focus on the Joint Committee on the Review of Administrative Regulations (JCRAR). JCRAR is given unprecedented authority to overwhelm agency regulations with little or no notice and without public input. Green Fire recommends that the Commission at least hold public hearings and seek public testimony on the administrative rules it chooses to adopt under active review. He of her JCRAR hearing on the rule must give public notice five days in advance, and must solicit testimony from staff of government agencies that participated in the development of the rule and from citizens leading advisory groups.

Green Fire also recommends that permanent blocking of the rules should only be done by legislation introduced and passed by both houses.

Economic impact analysis could delay rulemaking if the cost to affected businesses is determined to be $10 million over two years. Current legislation does not provide for balancing by evaluating and comparing the environmental and public health economic benefits from the proposed rule. The Green Fire report includes recommendations to remedy this imbalance by removing the estimated cost cap.

Green Fire says states must give equal weight to the evaluation of the anticipated avoided costs or direct benefits as a result of environmental regulations. It adds that it must be included where non-monetary or non-quantifiable environmental benefits are relevant. However, in many cases the avoided costs and actual economic benefits can be calculated. Today they are market leaders in everything from wetlands to carbon to water quality improvement.

Several recommendations focus on restoring local control, which has been steadily eroding over the past decade. Green Fire advocates allowing local regulations on the location of non-metallic (fraxand) mining. It also proposes to authorize and expand county authority to deploy or regulate CAFOs. It also encourages county-level authority to set coastal standards above state standards and allows for county regulation of existing coastal structures.

To address squatting by expired appointees of civil commissions, Green Fire is proposing a statute to clarify that members of appointed bodies vacate seats as soon as their terms expire. increase. You can call this the “poop in water” rule. The Governor may, at his discretion, make temporary alternate appointments for up to 60 days without being conditional on the approval of the state Senate, and the Senate may hold hearings and appoint permanent representatives within his 60 days of appointment. We need to take action on appointments.

There are a few points worth noting throughout all of this. Green Fire focused on the impact of the rule in the natural resources and public health sectors, but the same power imbalance exists in all state rulemaking. While the recommendations are unlikely to pass in the current environment, they are common-sense, citizen-focused changes that will restore some balance to a system that is currently in the grip of financial interests.

Finally, let’s take a quick look at the current situation. A handful of powerful financial players tightly control the state government. In a so-called democracy, does that sound like a good idea?

Morning headlines delivered to your inbox