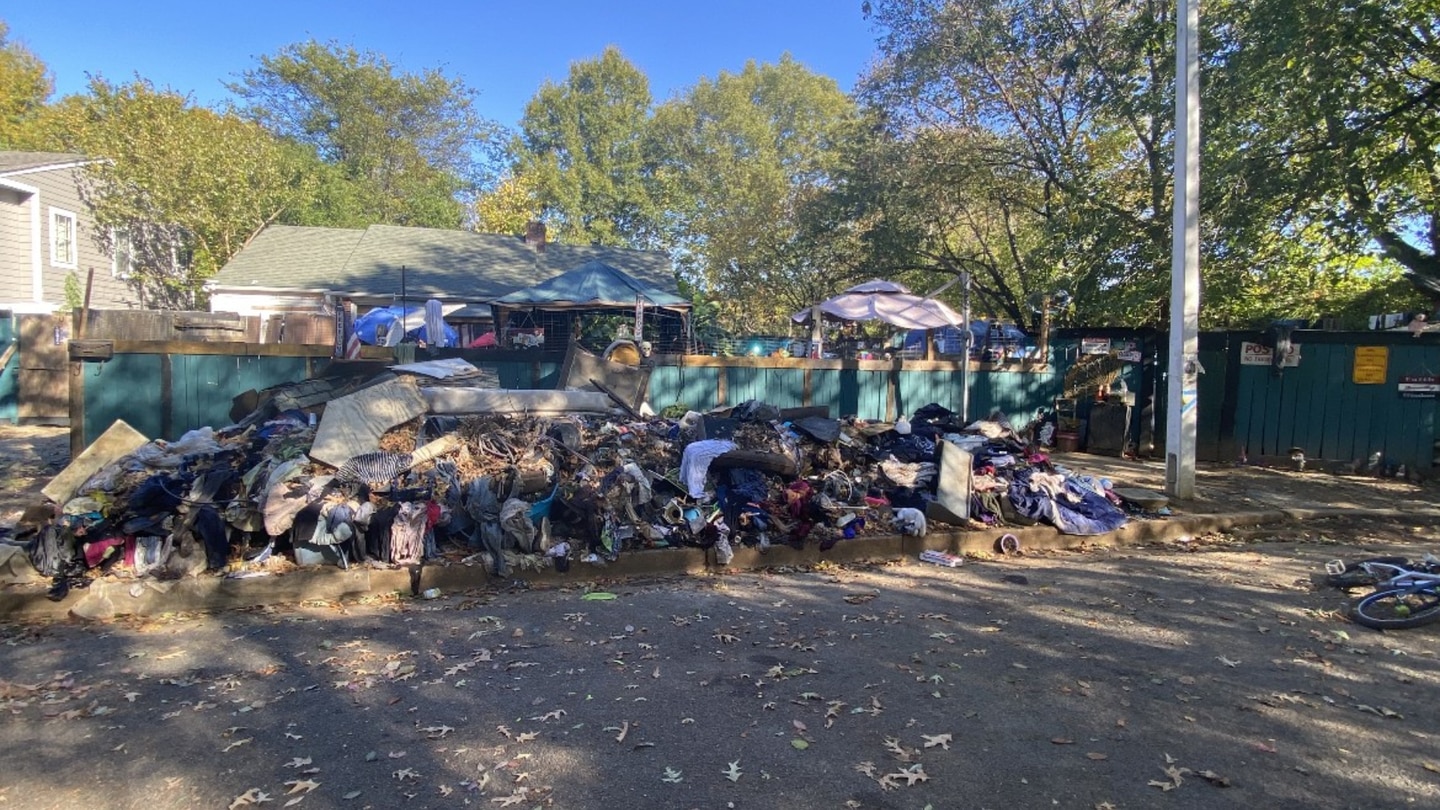 
MEMPHIS, Tennessee — The pile of trash outside Grahamwood’s house continues to grow despite the homeowner’s appearance in environmental court, and neighbors are asking how they can get the trash out of their neighborhood. I’m wondering if

The city of Memphis said its solid waste department will only dispose of the trash pile if ordered to do so by a judge. One is that the utility bills are not being paid by the homeowners. MLGW utility bills also cover solid waste collection costs.

The city reports that a judge ordered the homeowner to put the utilities back on and take care of the pile himself.

“Cops have been here a few times,” said Aaron Mathis, who lives next door to the garbage pile. “Fire engines came and saw what was going on. People are looking at the situation, so I feel we need some kind of government capacity to at least clear up these piles.”

Mathis said he checks the lawsuits regularly and sees the pile continue to grow.

Since the homeowner’s court appearance on October 28, the lack of progress in removing the stakes has become the norm. She’s been in and out of environmental court with the same issue since her June 2021, according to the Shelby County Criminal Justice System Portal.

As the FOX13 crew filmed a video of the property, a group of concerned neighbors emerged from the crew to discuss living near a pile of trash. All expressed disdain for the sitting trash.

“Everyone’s home is in good condition, but the street ends look terrible,” McDaniel said. “When people come to my house, they say, ‘What’s that?'”

In addition to the pile of garbage, neighbors say half a dozen people live in tents outside their homes.

“You never know what kind of people will come to your neighborhood if we’re not at home watching,” Mattis said. “It worries me.”

Despite last week’s mountainous growth, there is one sign of progress. A moving pod is now placed next to the mountain. Neighbors hope that the garbage will be piled up there and taken away.

“People come and it’s embarrassing,” said McDaniel. “I hope that one day something will be done about it.”

When FOX13 spoke with neighbors, they noted that the home owner was heading home down the street. She turned around and left when she saw her camera.

FOX13 contacted Shelby County Environmental Court for details of the lawsuit, but the court said it would not discuss the ongoing lawsuit.

The homeowner is scheduled to appear in court on November 18th.

Download the FOX13 Memphis app and get alerts for breaking news near you.