Federal meat inspection has failed to adapt to operational environment 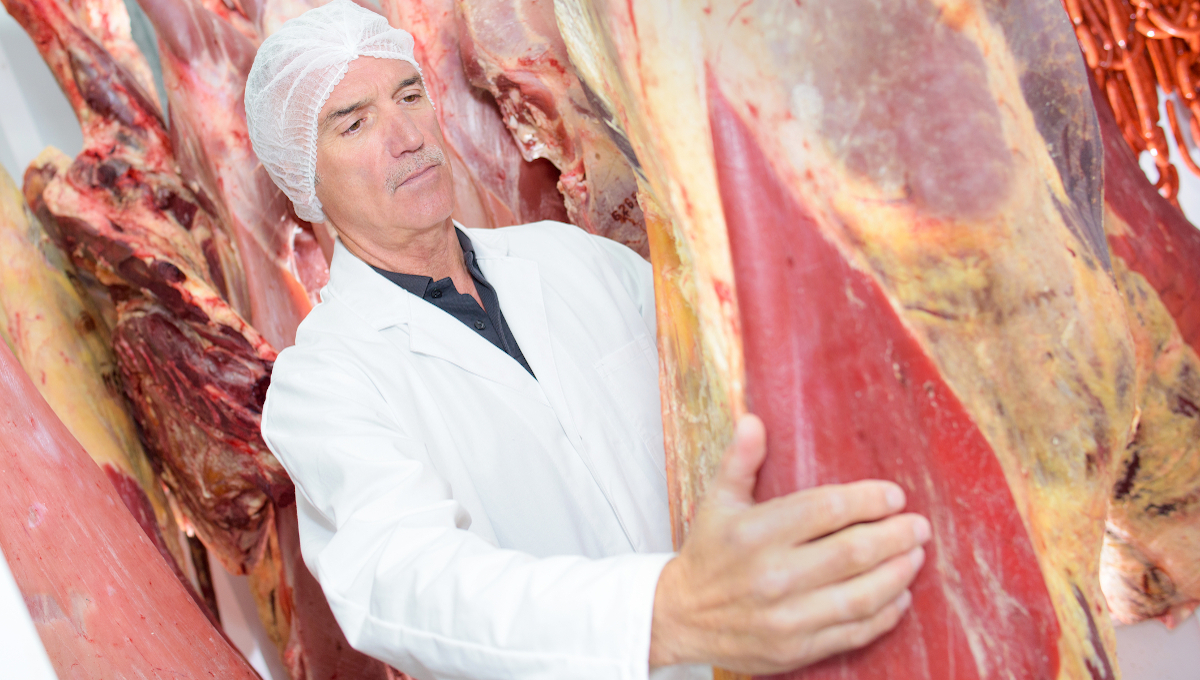 
Editor’s note: This is Part 1 of a four-part series.

I have had two careers at the same time, the US Army Reserve and USDA’s Food Safety Inspection Service (FSIS). I graduated from the United States Army War College (USAWC) with a master’s degree in strategic studies. I have a Bachelor of Science degree, a PhD degree in Veterinary Medicine, a Master degree in Veterinary Pathology, and a minor in Meat Science. I participated in the strategic planning of his two general staff. I was an inspector in charge of a slaughter and processing facility in the pre-HACCP era and was part of a team that implemented pathogen reduction. Final Hazard Analysis and Critical Control Point (HACCP) System Regulations (PR/HACCP Regulations), and participants in subsequent inspection policy initiatives. I understand how the bureaucracy works and the difference between those who have the authority that FSIS demands and those that FSIS demands but lacks the authority to demand.

In 2014, food safety news published my 30 Years Reflection as a USDA Veterinarian to share my thoughts on FSIS culture and inspection efforts. I had no intention of continuing regulatory work after her retirement from FSIS. Then fate intervened. A very small public agency enlisted my support and exposed me to the raw, unfettered executive power of the FSIS bureaucracy in a way that never worked for FSIS.

The FSIS bureaucracy abuses executive power to pursue what it wants, but lacks the power to demand. I have helped small and very small establishments oppose this administrative abuse. I have seen facility owners stand their ground and be successful . I have seen them appease his FSIS and suffer needless financial hardships. I’ve seen them give up in frustration and close the door.

FSIS Mission
The US government is a vast legal system. Everything flows from the US Constitution, which defines the basic mission of government. “To form a more perfect Union, to establish justice, to secure domestic peace, to provide a common defense, to promote the general welfare, and to bless liberty with ourselves and with our posterity.” Promoting general well-being means seeking ways to solve social and economic problems.

The FMIA, PPIA, and EPIA do not authorize the Secretary of Commerce to prosecute and punish industry. They do not give the Commissioner power to decide how the industry operates. The FMIA, PPIA, and EPIA mandate the Secretary of Commerce to conduct inspections of products prepared for commercial use, and the Secretary shall authorize inspectors from facilities that do not destroy products marked “inspected and condemned.” gives the right to exclude false or misleading; refusal to mark products as ‘inspected and accepted’ if their sanitary conditions would render the product adulterated; They authorize the Secretary to use regulatory instruments (i.e., withhold inspection services or mark for inspection) to achieve regulatory compliance. Withholding inspection services or inspection marks is intended to incentivize compliance by depriving industry of market access, but is not intended to deprive industry of its ability to operate. That said, FSIS’ administrative misuse of regulatory methods can feel like prosecution and punishment by the criminal justice system.

I don’t know why in 1906 BAI thought a heavy-handed approach was necessary, but now it’s 2022. The operating environment has changed. Home consumers are savvy and demand quality. Commercial consumers (McDonald’s, Walmart, etc.) impose purchasing standards that exceed federal standards. Economic calculations have changed. Producers of poor quality food lose market share and go out of business. Economic realities, not federal oversight, motivate companies to produce products free of adulteration and counterfeit brands. The “prosecutor-criminal” mentality of the past does not foster efficient and effective federal investigations.

Institutional personality issues
From 1906 to 1981, annual reports from the USDA Director/Section Chief repeatedly stated that inadequate manpower was a major challenge to conducting inspections. In 1907, the BAI reported that it needed “more than double” its existing workforce to conduct federal inspections. The problem still exists. These annual reports do not list operational shortfalls due to staffing shortages, but they must have occurred. The BAI is unlikely to triple his staff in one year, nor is it likely that a Director or Section Chief will admit in official documents a lack of mandate related to the shortage of inspectors.

Between 1906 and 1981, federal inspectors passed between ten different parent agencies. Within each parent agency, federal inspections were subordinated to the parent agency’s existing missions and were conducted by departments/departments with no administrative control over inspection resources. BAI conducted federal meat inspections under its mission to promote animal disease research, enforce animal import regulations, and regulate interstate movement of animals. The impact is also evident in the emphasis on animal diseases in 9 CFR 309 and 9 CFR 311.

Here, in my opinion, are the origins of agency personality and the practice of “control by evasion” within the Federal Testing Service. It is human nature to avoid responsibility when possible. An under-resourced federal program director/section chief who passes through the USDA like an unwanted Christmas present is not confident, assertive, or transparent. They become closed, unstable, and opaque. They avoid making decisions. They hide behind bureaucratic walls and administrative practices. They will do whatever it takes to avoid exposing the shortcomings of their mission. They don’t “make waves”.

For the first time in 1981, federal meat and poultry inspection became a major mission of a single agency, FSIS. FSIS has inherited a closed, unstable, and opaque bureaucracy that ignores internal problems and practices control through evasiveness. The FSIS bureaucracy hates change and outsiders. Most FSIS administrators come to work from within FSIS. His H. Russell Cross professor at Texas A&M University and Wyoming State Health Director Garry McKee took his FSIS administrator position as an outside reformer. Cross resigned 24 months after him, and McKee 19 months after him. Historically, FSIS has driven from within with predictable results. FSIS increasingly lacks the advanced skill sets and outside knowledge to regulate a highly dynamic and diverse industry. FSIS continues to struggle to attract and retain high-performance employees.

The FSIS bureaucracy does not admit or correct mistakes. Read Montana Standard’s publication of “Legg’s Regs” and his FSIS response to Congress’ request for the USDA Inspector General to investigate alleged misconduct within FSIS. FSIS does not like to be questioned. Ask FSIS a simple question and get a straight answer. As an FSIS employee, I was instructed not to answer questions from industry. FSIS does not welcome criticism. Just read her FSIS response to the GAO audit.

epilogue
An organization’s culture and personality can have a positive or negative impact on an organization’s ability to achieve its mission. FSIS’ culture and personality are at odds with FSIS’ strategic mission. In other words, it promotes general welfare by preventing merchandise adulteration and fraudulent brand commerce. Federal inspections are a public service, not a judicial system.Yes, industry must hold to regulatory performance standards, but industry Without omitting Not a villain who needs a prosecutor. Such an approach hinders rather than promotes American agriculture. Organizations that practice management by avoidance, lock themselves in on external input, hide internal failures, and ignore detractors are unable to cope with change in a highly dynamic and diverse operating environment. FSIS is such an organization.

FSIS faces significant challenges both internally and externally. Unproductive organizational cultures and personalities are challenges from within. FSIS has done nothing to address its internal institutional shortfalls. FSIS considers direct recipients of inspection services to be “villains.” FSIS manages problems by avoiding them. FSIS managers don’t “make waves.” As a result, FSIS is unable to adapt to the ever-changing operating environment.

About the author: Dr. Michael Fisher is the son of an Iowa pig farmer He holds a Bachelor’s, DVM, and Master’s degree from Iowa State University. His career at FSIS began in the Field Operations Office and he retired from the Policy and Program Development Office. Dr. Fisher is also a Colonel Fisher in the U.S. Army (retired). He graduated from the Army Command and Staff College and the Army War College, where he earned his second master’s degree. His military duties focused on food service hygiene, life inspections, and animal care from company level to general staff. He is currently an Adjunct Professor at Johns Hopkins University.