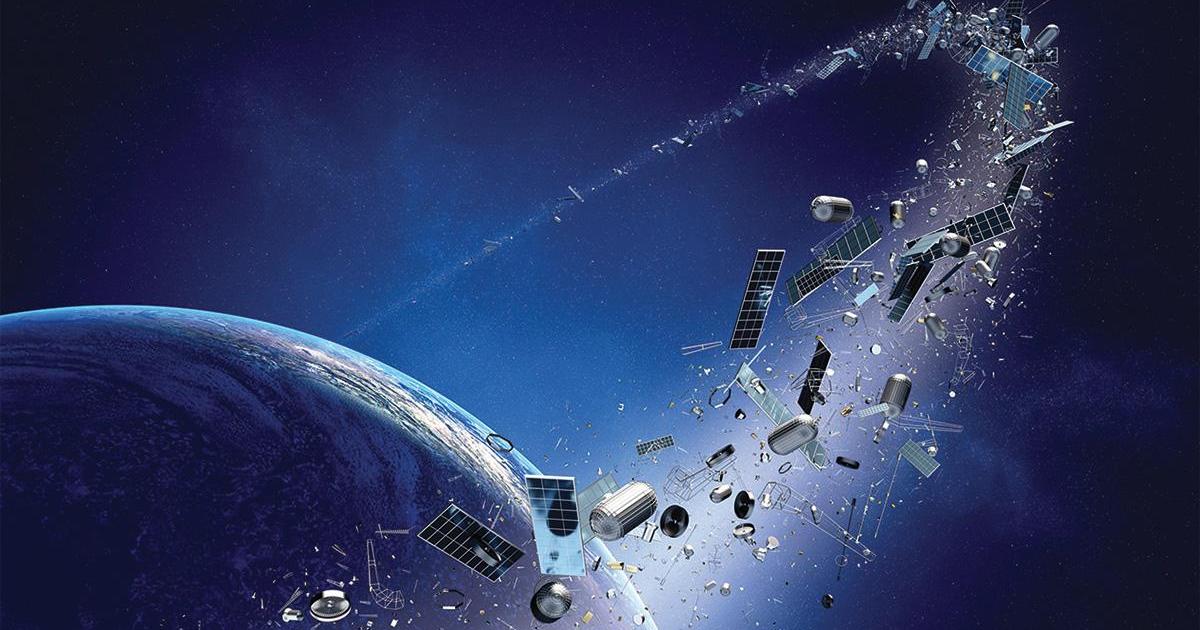 
Hundreds of rockets, spacecraft and satellites have been launched into space since manned space activity began in the 1950s. Most or some of such objects never return to the atmosphere and continue to rotate uncontrollably around the Earth, colliding and deviating from satellites on which we all depend, thus causing our It poses a serious threat to everyday life. Claims processors may see this as an opportunity, but it is a significant danger for both operators and end users.

Imagine watching a World Cup final and your satellite TV system losing signal a second before the decisive penalty kick is fired. Or exploring a new vacation destination you’ve been dreaming about for months, refining your itinerary around the city when your online map application logs you out and suddenly everything is interrupted, even though your internet connection is working. Imagine planning every aspect. These are all realistic scenarios that may occur more frequently in the near future unless proper measures are taken regarding space traffic and debris management.

Debris in our orbit is a real threat to the modern space economy. Our daily lives depend on technology, especially satellites that orbit the globe and transmit endless streams of information and data up and down.

Debris can be rocket-sized or finger-sized, with small instruments floating alone or in constellations.

About 1,400 satellites will be launched in 2021, up from about 1,300 the year before. Internet data traffic has grown exponentially due to increased demand for video. Such growth will need to be supported by a robust network aimed at offloading existing satellites, especially in densely populated areas.

A satellite constellation utilizes multiple satellites to cover large areas of the Earth. Such extensions are wider the farther such satellites go. They can be placed in Low Earth Orbit (LEO, 160km to 2,000km altitude) or Medium Earth Orbit (MEO, 2,000km to 36,000km). LEO is commonly used by internet service providers, but television satellite dishes use fixed satellites in geostationary orbit (GEO) located 36,000 km above the earth’s surface.

Space debris as a threat to space operations

Space junk includes satellites as large as cars and as small as a piece of paint. Such objects move at speeds of around 28,000 km/h and turn into dangerous projectiles.

Objects in low Earth orbit burn up as they re-enter the atmosphere, while debris and satellites above 36,000km continue to rotate around the Earth indefinitely. Space junk could also be the result of an orbital collision or anti-satellite test that shattered into thousands of pieces.

Infrequently, countries such as the United States, China, and India have used missiles to destroy their own satellites. This creates thousands of dangerous debris, posing a hazard to other satellites in orbit and requiring operators to perform hundreds of collision avoidance maneuvers.

• Payload: Mainly satellites (including wear and tear and impact-generated debris).

Wasted space is categorized by size as follows:

• 10 cm and above: Includes tools lost during missions to disabled satellites.

How can the space junk threat be neutralized?

Solutions must be long-term and sustainable. There are multiple solutions, such as dragging dead satellites into the atmosphere and removing them from orbit where they burn up. This can be accomplished by using a harpoon or magnet to grab the satellite. While these methods are effective for large satellites, the same is not true for small debris such as paint or metal flakes.

A common approach by all space regulators

What is absolutely needed is a common approach by all space regulators. Aspects of sustainable (debris and traffic) management are interrelated and must be addressed in a holistic and unified manner by all states and private entities involved in space activities.

In 2018, the Science and Technology Subcommittee of the United Nations Commission on the Peaceful Uses of Outer Space (UNCOPUOS) adopted 21 guidelines on the long-term sustainability of outer space activities. This is a non-binding instrument that unfortunately did not attract an international consensus as it failed to address issues related to the globalization and diversification of space activities.

Earlier this year, the Maltese government announced its National Space Strategy, demonstrating its commitment to creating a new pillar of the Maltese economy. The Strategy assesses the various initiatives already underway in Malta within this sector and contextualizes the introduction of the space economy through clear reference to upstream and downstream activities.

Among the various topics analyzed, sustainable space management activities (debris and traffic management activities) naturally play a major role in the targets set by the Maltese Government. The development of space resources cannot ignore the need for environmental protection, including space orbit. We cannot repeat the mistakes we made on earth.

Insignificant in its scale, Malta has been active in such processes, starting with the drafting of new legislation regulating space activities and expressing its views through international fora, particularly those of UNCOPUOS and ESA. can play a role.

In the 1970s, Malta made a tangible contribution to the drafting of the Convention on the Law of the Sea (Montego Bay Convention of 1982), introducing principles also found in treaties regulating space activities. Malta has a role to play by adopting laws and policies that support operators prioritizing sustainable solutions, such as launching multi-purpose satellites and designing space objects with minimal environmental impact. increase. Such initiatives could be complemented by governance principles that balance economic growth and environmental protection.

Stephan Piazza is the Associate Director of Transportation – Shipping and Aviation at KPMG in Malta.