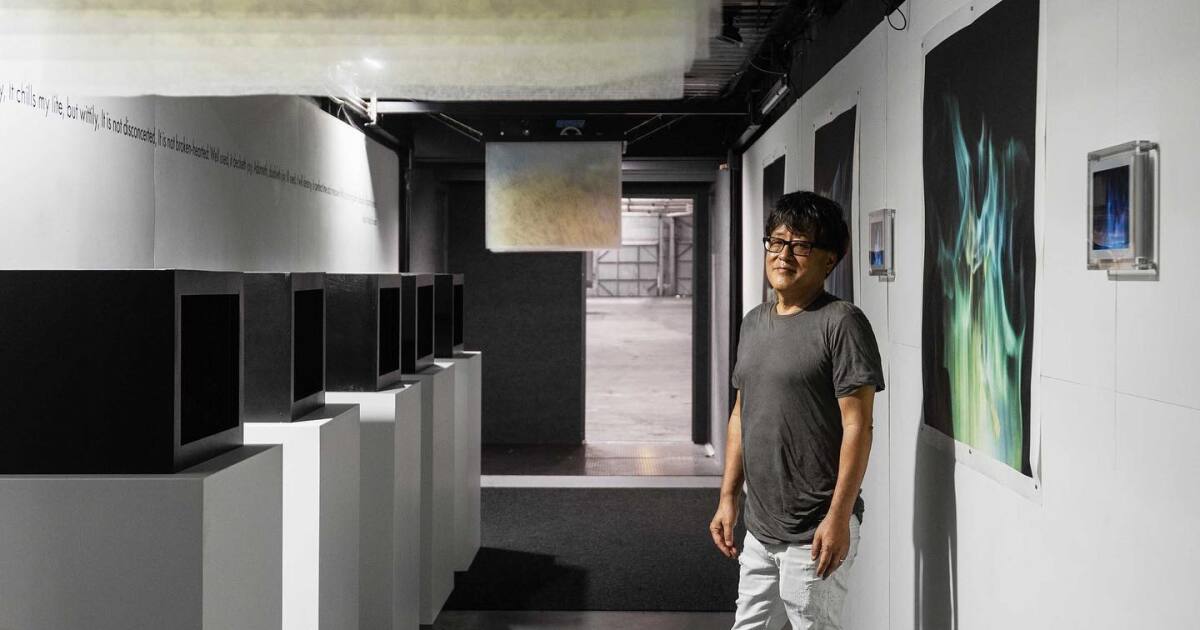 
Simply put, this next story is a feast. It’s no exaggeration to say that artist Taiji Terasaki has a lot of things he wants to do. His East Honolulu studio is bustling.

Having lived in Hawaii for 17 years, he never wanted to be an environmental activist. However, his artwork took a sharp turn from culture to science and sustainability a few years ago as politics forced him to reassess what was important.

Terasaki studied sculpture and ceramics, but today his work goes far beyond that. He dived into augmented reality and visually immersive experiences. His “Mistwork” is a must-see. He has a wow factor that he must experience to appreciate.

He got his ‘mad scientist’ groundbreaking ideas from his late father, and learned his artistic direction from his mother, who, at age 93, is still steadfast in her study of floral watercolors. is.

In the Terasaki world, interconnectivity is everything. He will showcase the art of food and wine at the first event of the Hawaii Food and Wine Festival this weekend. He uses his aquaponics garden creatures and kiln skills to create masterpieces featured at the Halekulani Dinner.

Terasaki is set to open a show in Tokyo in February after being selected by the Nature Conservancy as Palmyra’s first artist-in-residence. A Story of Paradise — Lost and Found.

And as if that wasn’t enough, Terasaki is working on a mural project in LA, due to open next year. Its theme: recipes that nourish the community.