A proposed lithium mine presents a climate versus environment conflict 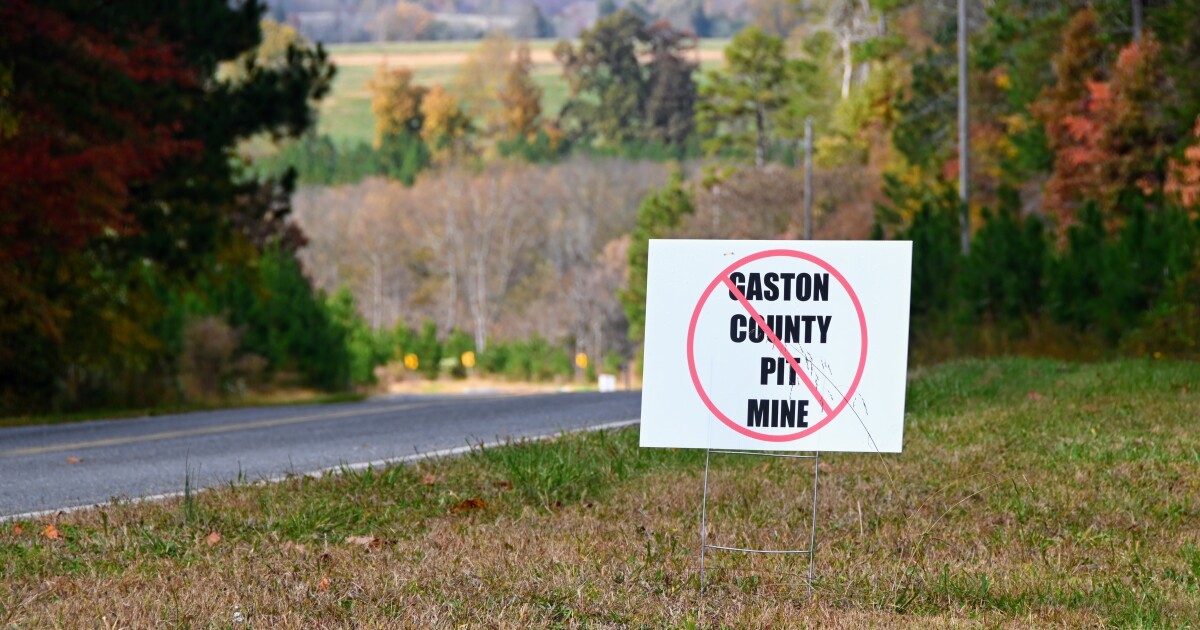 
CHARLOTTE, N.C. — As world leaders meet for another climate summit in Egypt, the United States is pushing to mine more lithium for electric vehicle batteries domestically. EVs help reduce pollution from transportation, the nation’s largest source of greenhouse gas emissions that contribute to global warming. But there are tradeoffs, as residents learned near Charlotte, where a large open-pit mine is proposed.

A company called Piedmont Lithium wants to build a 1,500-acre mining and processing operation in northern Gaston County, about 30 miles west of Charlotte.

Piedmont Community Relations Coordinator and geologist Emily Winter leads us to a large rocky outcrop nearby that may one day become the south pit of the mine.

“So this rock contains spodumene, which is a mineral. ,” explains Winter.

Lithium deposits run through the county in a 1.6 km wide north-south belt known as the Carolina Tin-Spodumene Belt. For decades in the 20th century, mines here supplied most of the world’s lithium until cheaper sources were found in South America and Australia. This element is currently in high demand in electric vehicle batteries and investors see an opportunity.

When Piedmont Lithium set up its new headquarters in the nearby town of Belmont this summer, Senator Tom Tillis was there. Republicans in North Carolina said the United States needs its own sources of lithium and processed lithium to compete with China.

“China has a clear strategy to become the world’s economic and military superpower by 2050. And they are not going to do that through a major war. We’re going to do that by laying tentacles,” said Tillis.. “They’re trying to make sure that the Western world depends on them for lithium, tantalum, and rare-earth minerals.

Tillis said this is why he supports efforts to open new Piedmontese lithium mines, as long as they are done in an environmentally friendly manner. But that’s the problem.

The Piedmont plan calls for four 500-foot-deep open-pit mines. That means demolishing homes, digging up farmlands and forests, and severing streams. Some neighbors sold their land to the company. However, the owners adjacent to the site are not satisfied.

Bell is a former district attorney and has been following Piedmont’s plans since 2017 when the company approached him about mining on his land. After seeing a detailed map of the proposed mine, he declined the offer.

“Suddenly I saw these huge mines – open pits…we already have enough around here to be toxic,” he says.

He talks about an old nearby lithium mine that was closed in the 1980s and 1990s and is now contaminated with arsenic, which is naturally present in the soil and rocks of the area.

Miles away on the other side of the mine site, Warren Snowdon shares similar concerns. His family’s old farm is about 600 yards from the slated East He Pit, across the creek. He helps lead an opposition group called Stop Piedmont Lithium.

“Our problems are all around. It’s water, air, light pollution, noise, traffic. Get a solar farm. Get a wind farm,” says Snowdon. . Transition to renewable energy in the country.

State and local officials still have to approve mines

Piedmont Lithium still requires important approvals, such as state aviation permits and mining permits. Both have been delayed while the company responds to requests for more information from North Carolina agencies.Piedmont is also facing local political opposition.

Chad Brown will chair the Gaston County Commission, which must approve the rezoning of the mine.

“With the information I have right now, I probably won’t be asking for a vote on this,” Brown says. must be obtained.”

Last year, the commission adopted a 60-day moratorium and updated zoning rules to allow mines. The ordinance has several teeth, limiting blasting and truck traffic, Brown says. However, he is unsure if Piedmont will be able to obtain the electricity and water needed for mining and processing.

Asked if the mining project would come to fruition, he said, “I think it’s still 50/50 at the moment, just given the simple fact that it’s still a long way off.”

“So the permitting process is more complex and time consuming. And our plan, hope, is to start production in Carolina in 2026 and be fully licensed, approved and funded in 2024. that’s it,” he said. he says.

While pursuing that goal, the company has a backup plan. Building a processing plant in Tennessee with the help of a $141.7 million federal grant. We also rely on supplies of lithium ore from mines in Quebec and Ghana.

Piedmont’s North Carolina neighbors are rooting for the back-up plan, not the community’s open-pit lithium mine.