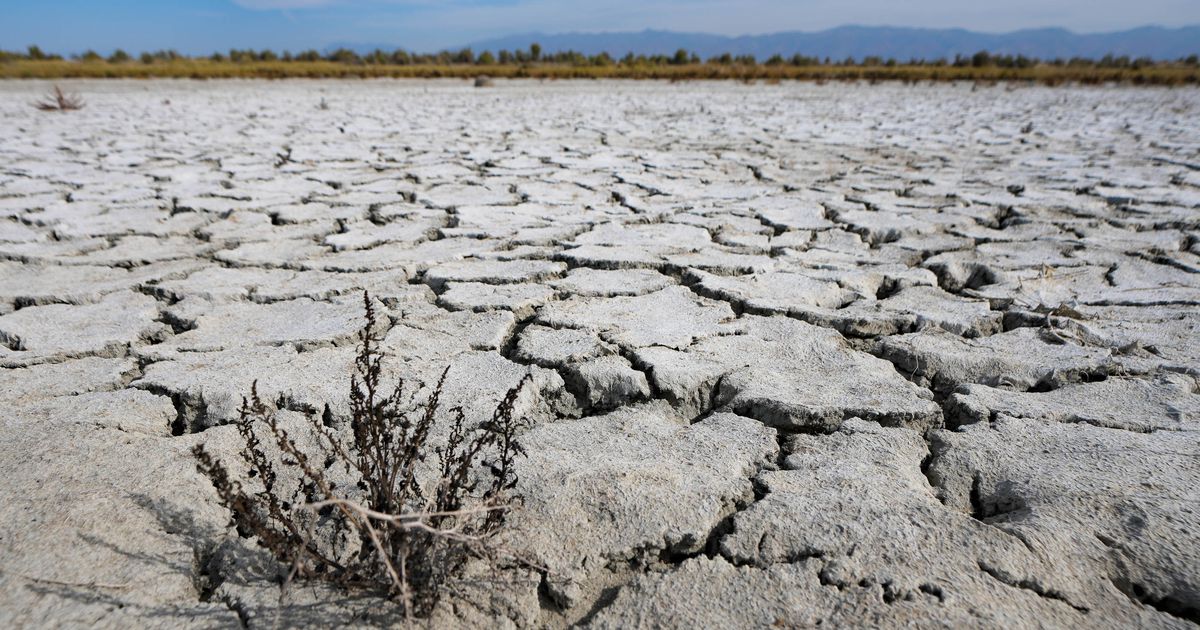 (Francisco Kjolseth | The Salt Lake Tribune) Drought conditions at Audubon’s Gilmore Sanctuary on the south shore of the Great Salt Lake on Tuesday, October 11, have dried up many of the shallow ponds. , 2022, near the new state prison.

Brian Mensch | Special to the Tribune

Utah has recently made national and international press headlines that aren’t glorifying the “Utah Way.” A classic example was the New York Times headline.

Within a week or so, I was approached by four reporters from national news outlets (CBS, ABC’s “Good Morning America,” Bloomberg, and Reuters). It’s no surprise we received an email from another out-of-state family considering moving to Utah.

they wrote: Our daughter as she is considered sensitive for her age. If this were your child, is SLC a place you avoid entirely, or is there a way to live there and have a quality life despite these issues?”

Our doctors answer other questions that send chills down the spine of every Utah legislator. “Is it totally safe to have a baby in Utah with all this air pollution?”

I will never forget a call from the wife of one of Utah’s most famous sports celebrities, who had moved to Utah from the East Coast a few years ago. She heard that our air quality was terrible, so she asked for advice on where she could buy a house where her children could breathe clean air. One of the first questions asked was about air pollution from Utah’s inland ports.

The self-congratulatory assumption that Utah’s business elite and legislators think their state is well-run, family-friendly, and admired by all is not just the public health impact of their environmental neglect. , also obscures the reputational and economic impact that comes with it. And all three are getting worse.

Mining industries, land developers, construction companies, and the anti-environmental forces of the Utah Department of Transportation have owned the Utah State Capitol for decades. Sacrificing air, water, sanitation and quality of life for the benefit of business, and the constant pursuit of the myth that population growth is inevitable, sacred, and can continue indefinitely is fundamental. generally codified in state law. The disconnect between state laws and the limits of our growth has never been more acute.

Moving prisons and inland ports were born out of state laws that blithely disregarded the value of the Great Salt Lake and the effects of further air pollution suffocating the West. Even in the wealthy East Side, state law requires the Department of Environmental Quality to issue a permit for a proposed mine in Parley’s Canyon. Landmines may still be stopped, but not thanks to DEQ or Congress. In fact, Congress can mandate it.

The same goes for US Mag Corp, which continues to pump up 100,000 gallons of Great Salt Lake water per minute by digging new canals, despite clear evidence that the lake is disappearing and that the entire ecosystem is already collapsing. The same applies to applications. It would be the same story as Rio Tinto applying for a permit to expand underground mining at Bingham Pit and Geneva expanding its gigantic gravel pit at Point of the Mountain.

UDOT enjoys the ultimate power to impose its value system on everyone else, endlessly fertilizing urban sprawl with highways and asphalt, shortening travel times and making it an enjoyable ride for wealthy skiers. We are carving out Cottonwood Canyon for gondolas under the guise of.

As the smoke, dust and ozone of the wildfires increase, the Wasatch front is covered. As the Great Salt Lake disappears and our reservoirs wither. As temperatures rise and drought destroys forests. With our watersheds and open spaces paved, we have only hints that our legislators are finally coming out of their environmental coma. Thanks to the world I’m guessing.