With 9 of 10 trails closed, Island Trails Fiona recovery will be long and hard 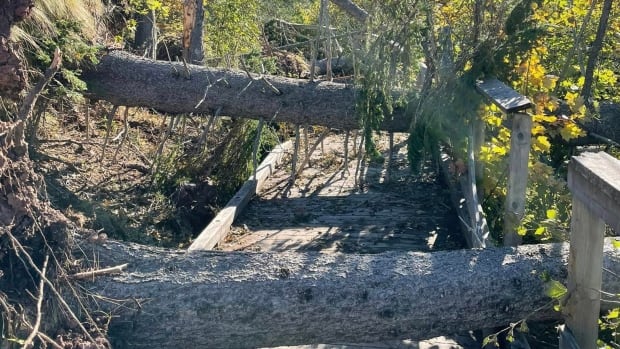 
Six weeks after the post-tropical storm Fiona hit PEI, Island Trails is struggling to reopen trails that were closed by fallen trees.

Fiona was the most powerful storm to hit the island in a century. It provided power to the entire state and in many cases it took weeks to restore it. They all remain closed because they rely on volunteers to do so.

John Jamieson, president of Island Trails, said: “Once the drone is in the air, the damage is extensive, so unless the trail follows a stream or something like that, it’s practical to see where the trail was. It’s difficult to do,” he said.

Only the North Cape Trail, which suffered minimal damage, is open.

Volunteer groups led by qualified chainsaw operators are doing what they can to restore the trail. The association is also looking for funding to hire professional contractors to help, but Jamieson said there are still cleanup efforts underway across the state that have some problems. I was.

“You have to find the money first. I think that’s probably the easier part,” he said.

“The second part is where do you now find contractors available to come and do the work?”

The goal, he said, is to open one trail in each county for the winter snowshoe season.

Even when the trail was open, the damage Fiona left behind was evident, Jamieson said.

There is no way to carry away the debris, and it is better to leave trees and brushes to replenish the soil.

“Of course, we may have to reroute some trails based on visible damage,” Jamieson said, but added that it would recover.

“It’s amazing how forests can regenerate.”

For the most part, islanders respect trail closures and keep their distance, making restoration work easier, he said.