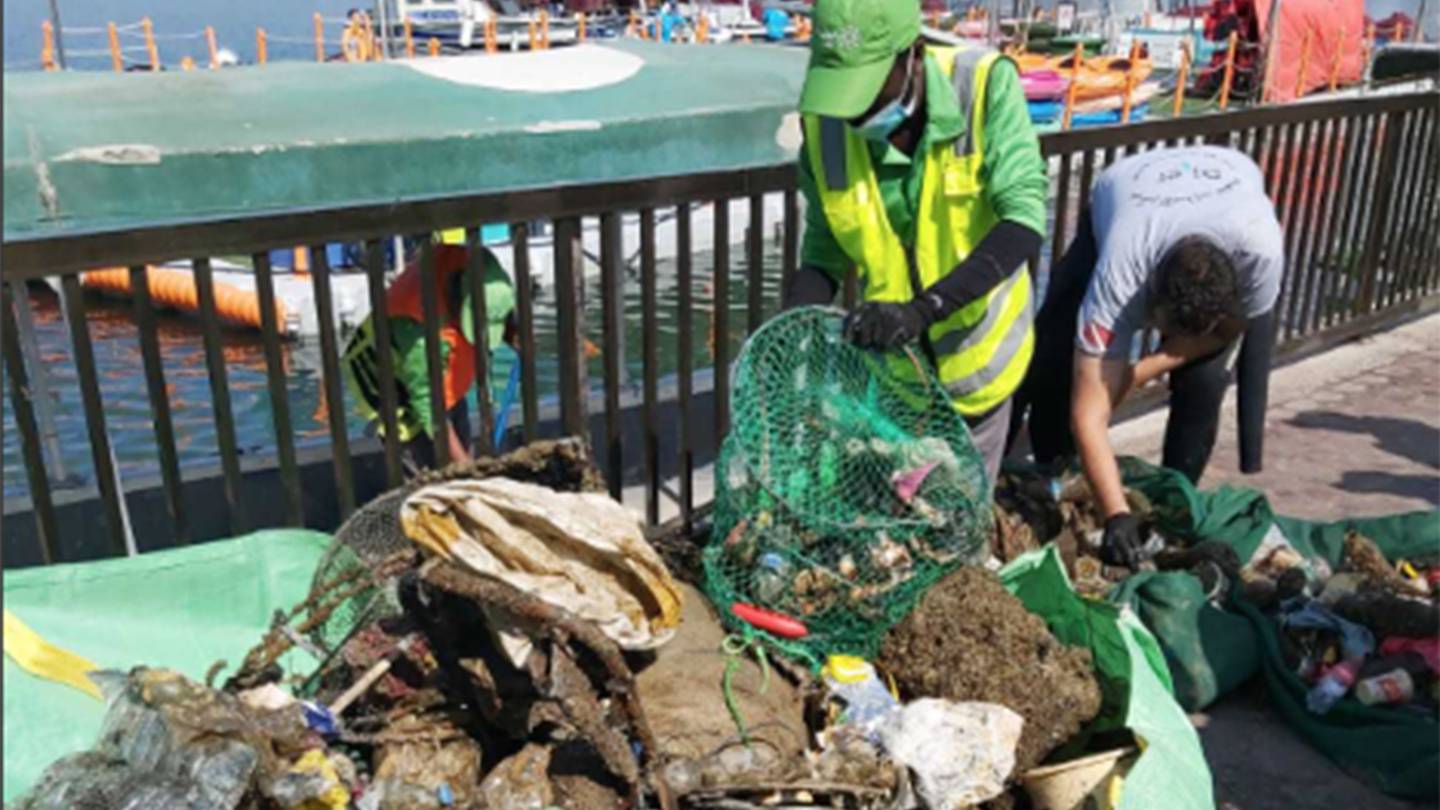 About 40 divers from the Emirates Diving Center, with the help of local authorities and private organizations, lifted 580 kg of debris, including tires and plastic items, out of the water.

He said the cleanup was done with the help of the waste management company Beeah, the Municipality of Sharjah, the Sharjah Police Department, the Ministry of Climate Change and the Environment, among others.

The campaign aims to educate people about the problems caused by littering and create a community of environmentally conscious individuals.

“They will be the subject of a speech by the Ministry for Climate Change and the Environment highlighting the importance of protecting marine life.

“Our goal is to turn this habit into a lifestyle as they grow up.”

He said that next year’s event will revisit all the places the plan has been in the past few years.

“This is to compare whether the amount of waste has decreased in these areas, and at that time it will prove that public awareness on the topic has increased,” he said. Told.

Each year the campaign removes large amounts of waste from the emirate’s beaches and waters.

The Sharjah Museums Authority oversees the emirate’s 16 museums, covering Islamic art and culture, archaeology, heritage, science, marine life, and the history of Sharjah and the region.

The annual cleanup is part of a social responsibility scheme first launched by the agency in 2009.

Municipal waste dumped into the ocean poses an unprecedented threat to marine life.

A study published last year revealed that more than half of the sea turtles found dead on Sharjah’s east coast had eaten marine debris such as nets and pieces of plastic.

One turtle had more than 150 debris in its body and another had numerous holes in its digestive tract.

Researchers from Sharjah’s Department of Environment and Protected Areas said reducing the number of plastic bags and other single-use items used by the public can help combat this problem.

Another study by the American University of Sharjah (AUS) found high concentrations of microplastics in oyster beds off the coast of the UAE.