UPDATE: No injuries in Ohio train derailment along Ohio River 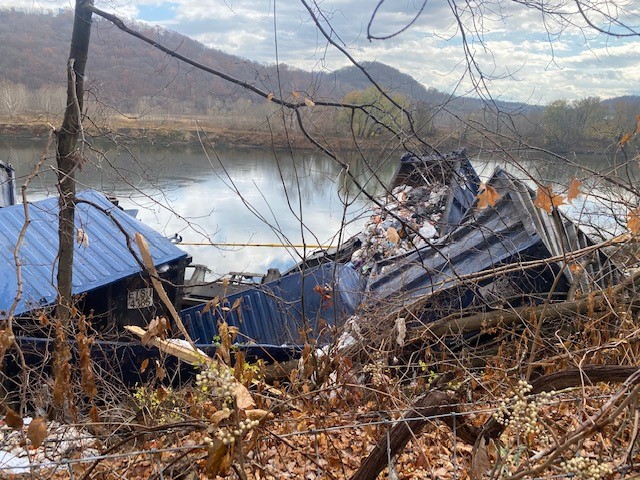 Jefferson County EMA deputy director and 911 director Rob Herrington said officials received a call about a train derailment around 7 a.m. Sunday morning but did not know the exact time of the accident. Stated.

7News reporter Bailey Martin was able to see several trains wrecked off the tracks running along State Route 7 this morning.

Herrington said there were no injuries.

The train was carrying garbage, and many containers were dumped from the train into or near the Ohio River.

Herrington said the crew is doing a good job clearing the river of debris, but it will take several days to complete.

Herrington said RJ Corman Railroad Services is doing the actual cleaning of the vehicle and the site.

Once the area is cleared, the railroad owner Norfolk Southern will make the necessary track repairs.

The decontamination work won’t affect traffic on Route 7, but Herrington warns people to watch out for work vehicles on the side of the road.

According to Herrington, the derailment will have a negative impact on rail lines in the region for now.

Herrington said he did not know the cause of the derailment, but the track is old and unfortunately accidents of this kind do occur from time to time.

For the latest information, please visit 7News and WTRF.com.