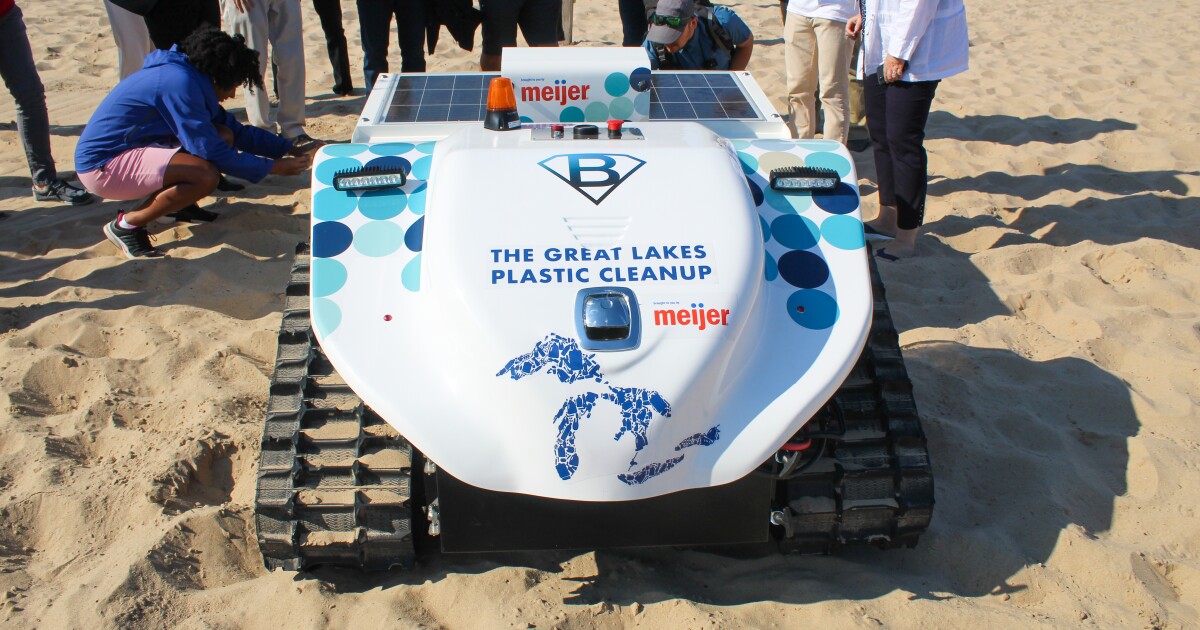 Researchers at the Rochester Institute of Technology have found that nearly 22 million pounds of plastic debris enter the Great Lakes from various sources and waterways each year.

“The numbers are very concerning,” said Mark Fisher, founder and CEO of the council.

After seeing plastic removal technology used in saltwater environments, the team wanted to try it out on the Great Lakes.

“We’ve seen them deployed in other coastal areas around the world and primarily in saline environments,” Fisher said. He said there was no reason why it could not be deployed.”

Over the past two years, the Great Lakes Plastic Cleanup Initiative has expanded to more than 30 sites using a wide variety of cleanup technologies. After receiving funding from Meijer and the National Oceanic and Atmospheric Administration, the initiative expanded to the United States.

“The last few years have seen some incredible expansion in our ability to use new capture and cleanup technologies as part of our work,” he said.

Through partnerships with Cleveland Metropark, Lake Metropark, Port of Cleveland, and PHASTAR Corporation, the initiative was able to bring this technology to Northeast Ohio’s waterways.

Meijer’s $1 million donation funded both the BeBot and PixieDrone robots.

Developed by Niteko Robotics, the BeBot combs the beach with a rake that collects large particles from the sand into a robotic collection bin. It can climb obstacles and carry up to 40 kg (approximately 88 lbs) of material.

Designed by Ranmarine, the PixieDrone navigates the lake, pulling floating debris out of the water and collecting it in the back of the machine. It is equipped with a camera for obstacle avoidance and a basket that can hold up to about 42 gallons and 132 pounds.

“So they’re both remote-controlled devices that operate a little differently, but they provide us with very useful and useful data for our work,” says Fisher.

Fischer said the robot can collect large plastics such as bottles, food containers and cigarette butts, as well as plastics as small as nurdles (plastic pellets 1 to 5 mm in size).

After collection, researchers will classify the debris to determine what was collected and classify it, Fisher said. This includes recycling materials, disposing of waste, and returning organic matter such as sticks and plants to the beach.

Fisher said there are still no definitive figures on the amount of plastic in Lake Erie itself, but the data collected will allow us to pinpoint that information.

“In terms of absolute numbers, there really isn’t one at this stage,” he said.Shown not only in various lakes, but also in various communities adjacent to Lake Erie and other lakes [four] the Great Lakes. “

Fisher said BeBot and PixieDrone will be deployed to Lake Erie this fall in a pilot phase led by Ohio State University’s Ohio Sea Grant program. It will be officially introduced around April or May 2023 and will run until the fall.

Robots could help provide avenues to clean up the shores and waters of Lake Erie and other Great Lakes, but Fisher said robots aren’t the solution.

“This solution works further upstream in the economy and in our communities to help us do more in collecting, recovering and apparently recycling this material and providing opportunities to create opportunities for reuse in the economy. We’re making sure we’re doing a good job,” Fisher said. “As opposed to going to a landfill or, worse, appearing in the environment as garbage.”

The Great Lakes Council hopes robots will spark a larger conversation that could have a lasting impact on plastic disposal and reduction.

“It really helps us reach out to coastal communities, whether they are bathers or boaters, about this plastic problem we face in the Great Lakes region,” he said. Or garbage in the first place.