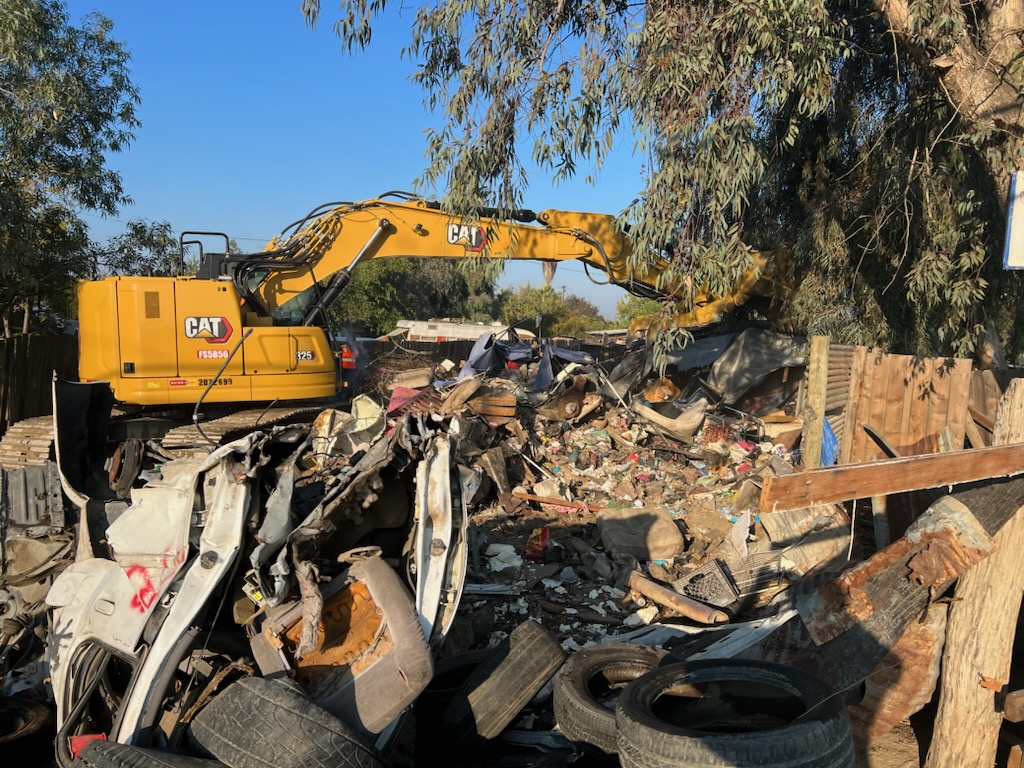 
Fresno County, California (KSEE/KGPE) – After a year of complaints by community members, the Fresno County Sheriff’s Citizens Division and a county-commissioned debris removal company cleaned up a homeless encampment at the Raisin City site. carried out the project.

The homeless camp was located in a public alley near S. Ormus Avenue and South Henderson Road. Considered messy and unsafe by the community, about 15 people camped at its peak. Over the past few months, agents have been in touch with people staying in the area to let them know that a cleanup was planned and they had to leave.

On Monday, lawmakers gave them final notice to leave. On Monday, November 14th, all but two were evicted from the area. The remaining two of him owned a trash-blocked RV. A debris removal company used the equipment to clear a path and free the RV for movement.

Advocates for homeless assistance were nearby and tried to offer relocation opportunities for those there. They also contacted several people in the area, including one who was originally staying at the location. They are now working together to explore available housing options.

Debris removal companies will continue working in the area to remove trash and debris earlier this week until the cleanup is complete. Officials say the community is very appreciative and has reached out to lawmakers to thank them for their work in improving Raisin City.

The Fresno County Sheriff’s Office encourages land owners to regularly monitor their premises to ensure they are safe. If an intruder or vehicle appears on the premises, please report it to the office immediately.

Officials add that being proactive in addressing these situations will help the county reduce the number of homeless camps on public and private land.