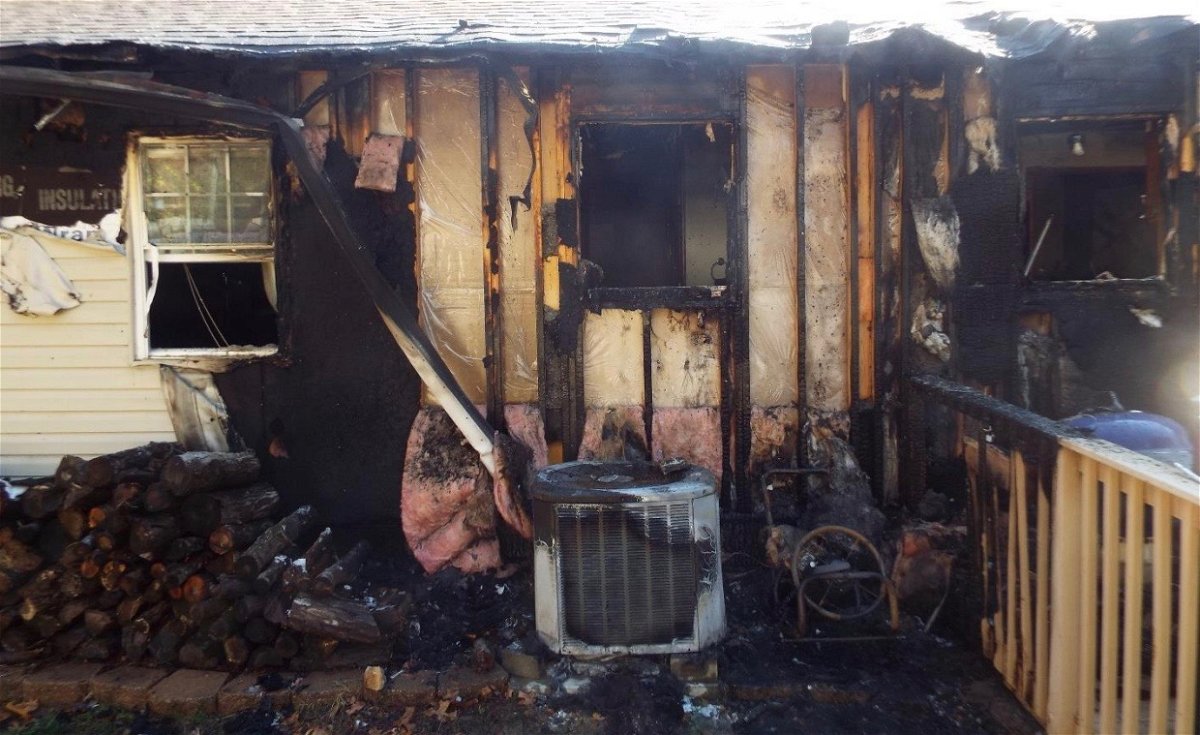 A man in the City of Jefferson is still working to rebuild his home after an electrical fire broke out Monday.

Firefighters in the City of Jefferson responded to reports of a residential fire in the 1800 block of Mississippi Street Monday morning. An investigation by the agency revealed that “the most likely cause of the fire was electrical.”

Six units from the Jefferson City Fire Department responded to the fire. Backyards of homes were reportedly the most damaged. JCFD reported that it was able to locate the source of the fire when it discovered a “V-pattern” directed at the condenser.

“The firefighters have all been great,” homeowner Justin Wilson said.

“It’s hard to work one day and have a home to go to and the next day no home.”

Wilson said he and his brother are working to clear the debris.

“Me and my brother have been doing most of the cleaning up here,” Wilson said. “We’ve been trying to scoop up a lot of debris.”

No one was home during the fire except for Wilson’s best friend, his dog Ozzy.

Ozzy was rescued by two people who drove by the house.

“Those two were my heroes,” Wilson said. “That dog is like a second child to me.”

Wilson said Ozzy was fine, but was still reeling from the incident.

“He felt at home and his anxiety levels weren’t that high,” he said.

Wilson said he and Ozzy were camping in the backyard after several unsuccessful attempts to stay at a hotel.

Wilson said he’s grateful for the response he’s received from the community.

“The support from all my friends, through Facebook, phone calls, everything and everyone’s reactions, is ‘kind of overwhelming.'”

A member of the fire department suffered minor injuries during a site overhaul. JCFD chief Matthew Schofield said the firefighters were treated at a local hospital and then returned to work.

Schofield said you should always exercise caution and use your best judgment when checking on people or animals during a house fire.

“If you have people or pets in your home, (if possible) make sure they are safely removed from the area,” says Scofield.