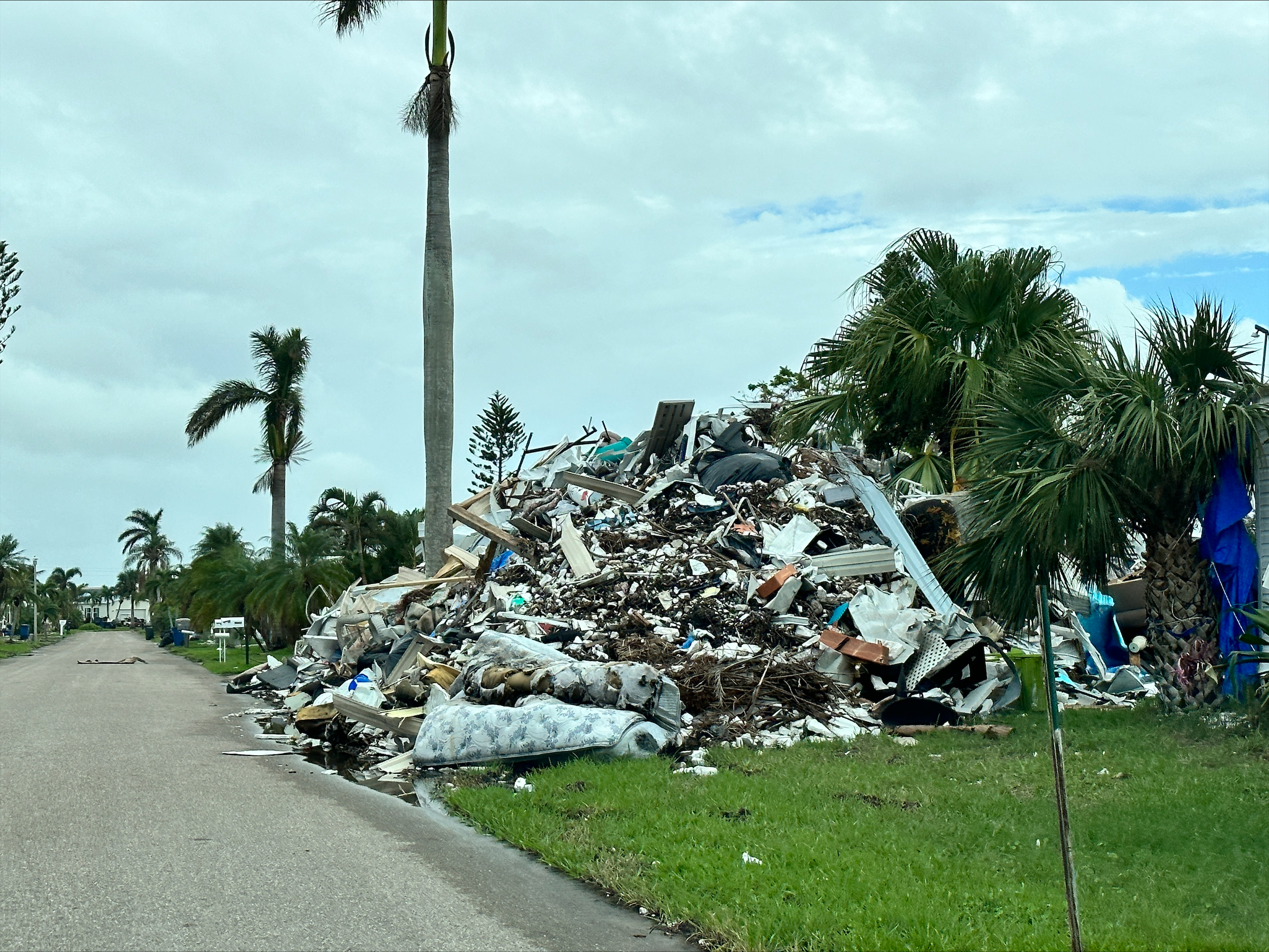 If you’re driving around Iona, it’s hard to tell when another storm has passed here. The area had already been devastated by Hurricane Ian and was nearly devoid of people.

In the Century 21 community, WINK News knows there are only two people left in an area typically home to over 300 families.

Conditions are not good. WINK News followed Ian to cover her work in October, meeting her June Tiemens and her husband Ken. Nicole isn’t showing them much mercy now.

June Thiemens is a fighter. “The Lord is good. He is with us and keeps us safe.”

The Thimen family had hopes of rebuilding the site in the heart of the Century 21 district.

“I want to get this back on track quickly. I had to remove the drywall. I had to deal with the mold situation before it got out of hand,” said Ken Tiemens.

They’ve taken care of it all, made adjustments, and now have to start over.

“We had water leaking into our room where the roof had come off. So I was wiping it off this morning,” June said.

The rain from Hurricane Nicole seeped through the roof and the wind blew through the neighborhood.

The heavy pile of rubble stood firm, but June was running around trying to rebuild the pile because of the lighter material.

“Do you see that mountain over there? Yes, it’s Styrofoam. And it’s on all the roofs. And that’s what I picked up all here,” said June.

More than a month after Hurricane Ian and almost a day after Nicole, the couple’s neighborhood work seems endless.

There is still no electricity or water in this area. June said she has yet to hear from FEMA, the insurance company, or the people running the community.

June said she would write down all these stories and give them to her grandchildren someday.

When she showed WINK News around the house on Thursday, she noted how much her family loved being there. They stuck through Ian and Nicole, so June hopes she can stick around here too.