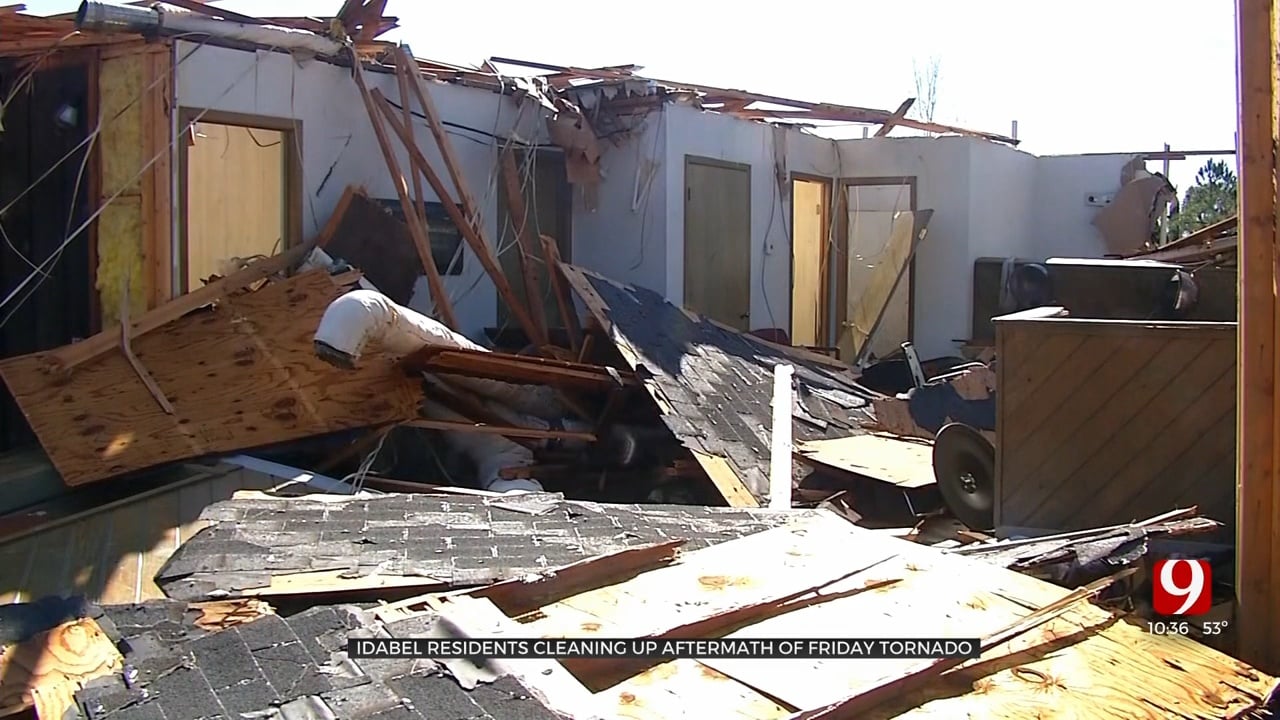 
On the heels of Friday’s tornado, a congregation’s faith unwavering. Members of Trinity Baptist Church gathered outdoors held Sunday service in the parking lot where their church once stood.

Despite it being leveled, Pastor Don Myer said their faith never buckled.

“Today is the day of hope. God is faithful and he will show his loving kindness day after day after day, so we’ll discover it every day,” said Pastor Myer.

The tornado also destroyed another church building that was under construction that would have been allowed for expansion.

With more than 100 homes and businesses damaged or destroyed, the cleanup ahead is massive. However, as some recalled how quickly the storm hit, the help from each other came even faster.

Instead, he heard the wind and breaking glass from the windows inside his house.

“The power went out and then it got quiet, and it was gone,” he said.

The storm left only destruction in its wake.

“I’ve got shingles torn off, trees down, windows blown out and some crepe myrtles on the other side,” Chapnick said.

He says despite the damage to his home, he’s one of the lucky ones.

“The people across the street, there’s three houses totally destroyed and trees down,” he said.

Throughout the city of Idabel, rubble is scattered everywhere, from uprooted trees to leveled homes and businesses. Linemen worked nonstop to restore power while neighbors helped each other bag up mountains of debris. The aftermath left Addison Farley with feelings of uncertainty.

“Nervous, scared for our community mainly, because we don’t know what’s going to happen next at all,” Farley said.

However, the teenager said she did know what was needed, help.

“Our 4-H, we all got together we made BBQ sandwiches for all of the people helping out, clean up or the linemen helping all of our electricity get back on,” she said.

Farley spent the day with her classmates and teachers handing out food and water and even helping with a trailer to haul off debris.

“It’s really normal for the schools and families to get together to help out the whole community,” she said.

As for the debris, McCurtain County Emergency Management is asking residents, for now, to push it to the curb. They are working to get a DEQ dump site approved this week.

For more coverage of the storm in Idabel, CLICK HERE.