Hollywood Broadwalk clean up after Nicole surge, King Tides made a mess 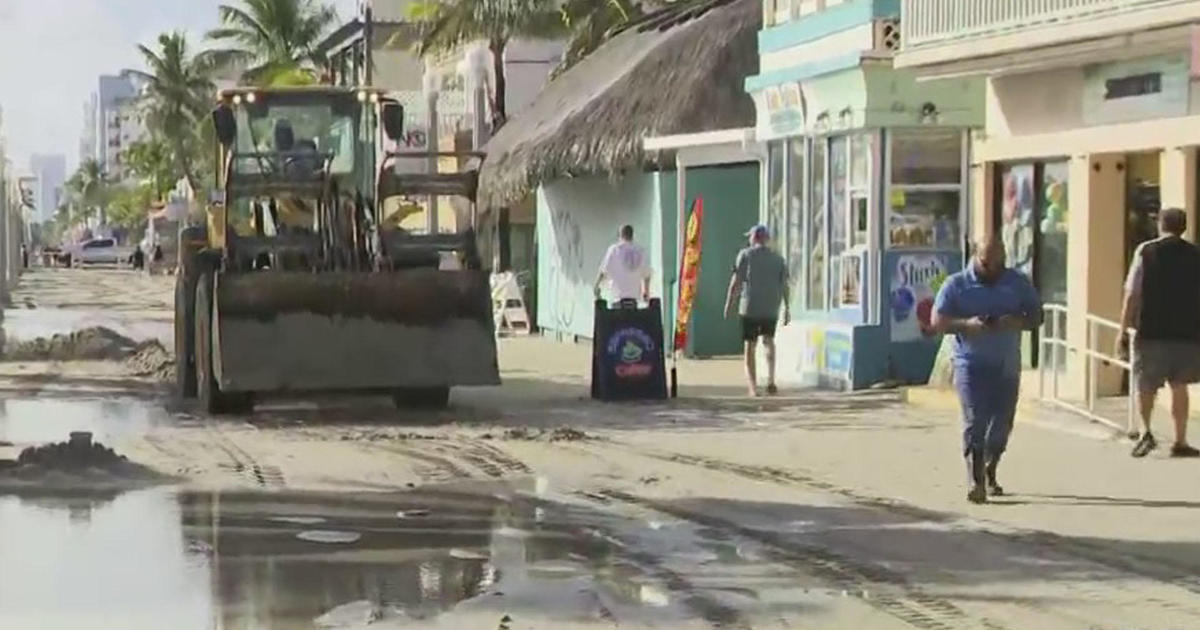 Rough and rising waves pushed water and sand up onto the broadwalks and streets.

Moore said it was kind of creepy to watch when he took a video of sand and water flooding the sidewalk.

“It was night time and it was eerie. I was just standing there watching and all of a sudden the waves came in and I had my shoes on. I had to run down the street to avoid the waves.” she said.

Moore, who owns a beachfront business, said he and his friend Linda Murphy went to the Broadwalk early in the morning to see the remaining damage.

Both said it was King Tides’ fault, but Nicole packed an extra punch.

“It was just a flood of stuff on Broadwalk,” Moore said.

Thursday morning, cleanup began, with bulldozers hauled in to remove sand from the sidewalks.

Both Moore and Murphy agreed that everything would be fine.

“The backhoe will come and just push the sand back. All right. The sun will come out,” Murphy said.

Nicole Lauren is a general assignment reporter who joined the CBS4 This Morning Team in April 2022. You can see her on the morning news program starting at 4:30 am Monday through Friday.