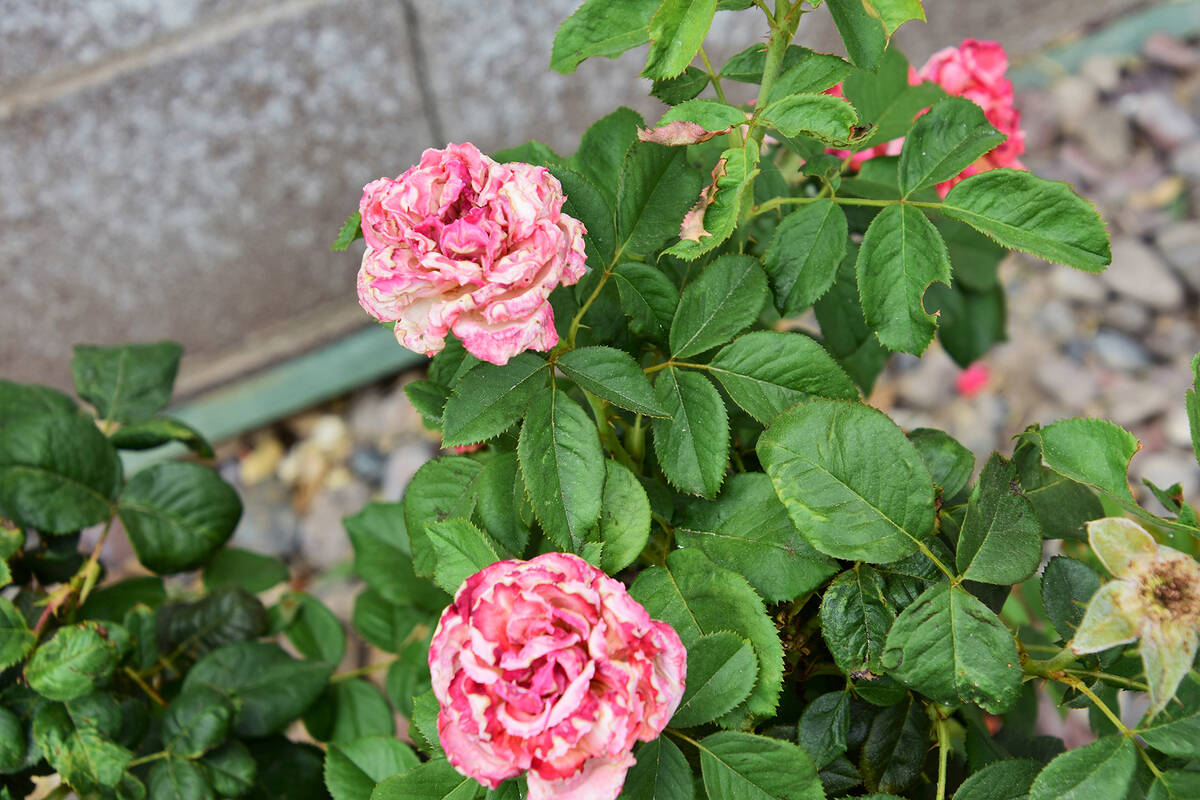 
Q.I have three trees in my backyard that are showing some branches dying.I recently had my lawn replaced with artificial grass and was wondering if it was because of that.

A. It’s hard to say what the reason might be. If you are using an artificial grass, are all safe to apply to the top of the soil. Artificial grass does have some downsides: a limited replacement life, debris cleanup, overheating, petroleum and health problems, environmental chemicals washed into the soil (think Teflon) and safety concerns.

One concern widely publicized is heating up when placed in full sunlight. In our Mojave Desert environment most artificial grasses get over 165 F any time when in full sunlight and air temperatures are over 100 F. A 20 percent reduction in temperature, which some providers claim , makes it 132 F. As a reference point, hot spas have water temperatures from 100 F to 104 F.

One of the reasons artificial grass was developed was because of poor light problems in domed sports fields.Artificial grass doesn’t need light.It is best placed in shaded or partially shaded areas.It does well in landscaped areas under patio covers and sun sails .

Water-saving programs that grant rebates for turf removal may not accept artificial turf as replacement and require a minimum of plants.

Q. I have a rose garden. During the fall how much should I be watering them? They are all on a drip system. They are watered three times a week, four minutes each day. How often and how long should they be watered on a drip system? And of course, I am worried about spring and summer.

A. Sounds like you need a watering schedule for roses.

Their roots are about 12-18 inches deep depending on their height; the taller they are, the deeper their roots. Watering three times a week for four minutes doesn’t tell me much. am thirsty. Other people sip at it and one glass can last a long time. I like to talk in gallons of water they get rather than minutes of water.

If your roses would fit in a 5-gallon container, then give it 3-5 gallons of water each time. Just don’t give them a sip when you water them. Wet the soil around the roots with enough water to wet most of their roots each time.

Roses should be watered just as your water purveyor suggests. Right now it is about twice a week because it is cooler.

Always give woody plants like roses at least one day without watering during the summer.

In winter (December and January), water no more than once a week.

In spring and late fall (February, March, and late October and November), water once a week.

In early summer and warm fall months (April, May and September and early October), water twice a week.

By the way, roses like improved soil. They won’t like desert landscapes a few years after planting. Cover the soil around them with wood chips or rake the rock away from them once a year and lightly sprinkle compost or wood chips on the surface of the soil. Water it in. Then rake the rock back as soon as you’re finished.

Fine wood chips combined with water improve the soil for root growth and make fertilizers more available. Fertilize them three times a year (February, May and October) with your favorite iron fertilizer added in the February application. I suggest the iron chelate called iron EDDHA rather than EDTA or DTPA chelated iron. You can get EDDHA online or from Viragrow in North Las Vegas.

Q. Have you added any more recommended fruit trees to the list you developed at the (University of Nevada Cooperative Extension Master Gardener) Orchard in North Las Vegas?

Peaches: Desert Gold, Earligrande, Red Baron, Eva’s Pride, Arctic Supreme, O’Henry, July Elberta, Indian Free, Gold Dust. Do not use Citation as a rootstock for any peaches. Other types of fruit trees (apricots) are OK for Citation (semidwarf) as a rootstock.

Asian pear: Tennosui is a top performer. Wow, but watch out for fireblight disease.

Q. I would like to move a Bearss lime and a Moro blood orange from 15-gallon nursery pots to half oak barrels. Is it too late to do this? If not, are there any precautions I should be taking? What is the best soil mix to use?

A. No, you are not too late, but it is getting close. After leaf drop, sometime from mid-November to mid-December, it is too late for best results. Watch your weather apps. good predictions.

You want a couple of good weeks for root growth and your plant to get established before the soil gets chilly. Soil temperature usually lags behind air temperature and 50 F is the magic soil temperature when many plant roots stop growing.

The south and west sides of your landscape (in full sun) will have warmer soils than the east and north sides. It is OK to put your containers there to warm up the soil but watch your weather app closely for freezing temperatures. and blood orange will start freezing when temperatures are cold enough.

As far as the soil mix goes, weight has to do with how much you need to move it. lightweight soil mixes can be expensive. Use at least one-third of the soil as perlite or vermiculite to keep the soil light. Peat moss is not as light when wet but can aid in making a light soil mix. mix would be one-third or more perlite, one-third peat moss and one-third or less sand.

Some people will hate me for saying this, but a sterilized or sanitized soil is important for growing seed and cuttings. If you are careful with watering, then sanitation isn’t as important if plants are established. Garden soil is an acceptable part of a heavy soil mix if it is free of nematodes, other disease agents and weeds.

Bob Morris is a horticulture expert and professor emeritus of the University of Nevada, Las Vegas. Visit his blog at xtremehorticulture.blogspot.com. Send questions to Extremehort@aol.com.