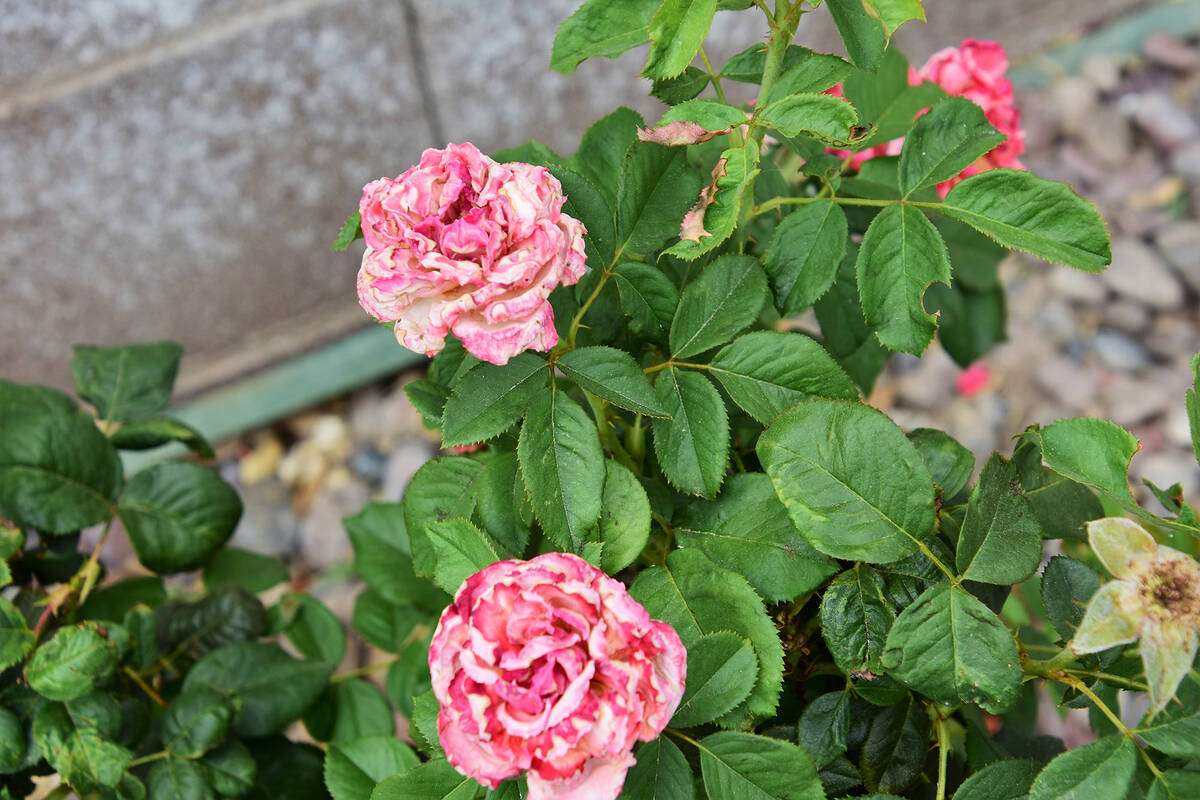 
Q.: I have three trees in my backyard with dead branches. I recently replaced the lawn with artificial turf and was wondering if that was the cause.

A: It’s hard to say what the reason is. It can be numerous. If you’re using artificial turf (a product I’ve seen), it’s all safe to apply over soil.

One widely publicized concern is that they “get hot” in full sunlight. In our Mojave Desert environment, most artificial turf will exceed 165 degrees any time the temperature exceeds 100 degrees in full sun. A 20% drop in temperature claimed by some providers brings the temperature to 132 degrees. For reference, the hot spring water temperature is 100 to 104 degrees.

One of the reasons artificial turf was developed was due to light problems in domed sports fields. Artificial grass does not need light.

It is best placed in a shaded or partially shaded area. Works well in landscaped areas under patio covers and sun sails.

Water conservation programs that grant rebates for turf removal may not accept artificial turf as an alternative and require minimal plants.

Other problems may include ash wilt if the tree is actually an ash tree. Adding extra water to the roots of the tree with a sprinkler once a week in the spring may answer the question of whether the tree is suffering from ash reduction disease.

Q: I have a rose garden. How much should I water during the fall? They are all in the drip system. They water 3 times a week for 4 minutes each day. How often and for how long should an IV system be watered?

A: Sounds like you need a watering schedule for your roses. Their roots are about 12 to 18 inches deep depending on height. The taller, the deeper the roots. Watering him 3 times a week for 4 minutes doesn’t make much sense.

When you’re thirsty, you can drink a lot of lemonade in 4 minutes. I prefer to speak in gallons of water they get rather than minutes of water.

When you water them, don’t give them a bite. Wet the soil around the roots with enough water to wet most of the roots each time.

In the case of roses (which are not from the desert somewhere, so their water usage is mesic, not xeric), they should be watered as suggested by the water provider. So about twice a week.

Woody plants like roses should be without water for at least one day during the summer.

No more than once a week in winter (December and January)

Once a week in spring and late autumn (February, March, late October, November)

By the way, roses like improved soil. After a few years of planting, they don’t like the desert landscape anymore. Fill with water. Rake the rocks as soon as you are done.

Fine wood chips in combination with water improve the soil for root growth and make fertilizer more available. Fertilize with the addition of iron fertilizer.

Instead of EDTA or DTPA chelated iron, we recommend an iron chelate called iron EDDHA, available online or from Viragrow in North Las Vegas.

Q: Have you added more recommended fruit trees to the list you made at the University Orchard in North Las Vegas?

A: It takes years to add recommended fruit trees to the list. Developed at the University Orchard in North Las Vegas, the recommended list took five years of observation, tasting and recording. Fruit trees were scored after blind tasting and production considerations (pruning, longevity, flowering, fruit production, etc.) were considered.

Do not use citrus as a rootstock for peaches.

Nasi: Tennosui is the top performer, but be careful of fire blight.

Q: I want to transfer my Bearth Lime and Moro Blood Orange from 15 gallon seedling pots to half oak barrels. Is it too late to do this? If not, are there any precautions I should take? What is the best soil mixture to use?

A: No, it’s not too late, but it’s getting closer. Mid-November to mid-December, after the leaves have fallen, is too late for best results. They give you a good forecast of about ten days.

The south and west sides of the landscape (in full sun) will have warmer soil than the east and north sides. It’s okay to put a container there to warm the soil, but keep an eye on your weather app to see if the temperature is dropping below freezing. Both limes and blood oranges will begin to freeze when the temperature gets cold enough.

As far as soil mixing is concerned, weight has to do with how much you need to move. If you have to move a lot, the weight of soil and water is important and should be as light as possible. These lightweight soil mixes can be expensive.

Use at least 1/3 of the soil as perlite or vermiculite to keep the soil light. Peat moss is not very light when wet, but it does help create a lighter soil mix.

Some people hate to say this, but sterile or sanitized soil is important for growing seeds and cuttings.

Bob Morris is a horticultural expert and professor emeritus at the University of Nevada, Las Vegas. Visit his blog at xtremehorticulture.blogspot.com. Send questions to extremehort@aol.com.